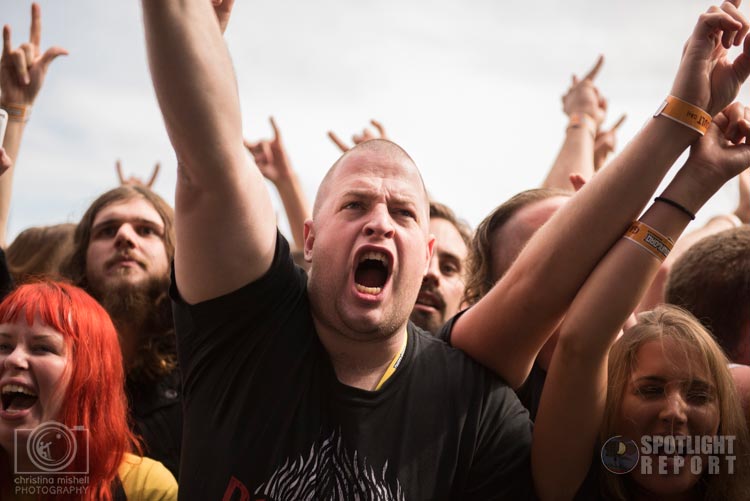 Download Organisers Praise Patrons and Confirm Download Will Return to Melbourne ….. and Sydney in 2019!
Nearly 30,000 heavy music fans descended on Melbourne on Saturday for Australia’s first Download Festival. After a smattering of rain to kick off, the rock gods smiled, the clouds parted, and pure rock fury ripped through Flemington.

International superstars Korn, Prophets of Rage, Limp Bizkit, Mastodon, Gojira, Amon Amarth, and Sabaton delivered stand out sets. Couples got busy tying the knot in the inflatable church, moving over to the beer hall for a reception to remember! Foodies indulged in the scrumptious delights served up by the Hell’s Kitchen crew and the super fans filled the signing tent, lining up for hours to get their chance to meet their favourite Download acts.

Download programmer Nigel Melder praised patrons and confirmed the festival will return to Melbourne, and in news that will put a smile on NSW heavy rock fans faces…. Will debut in Sydney in 2019.

“We could not be happier with how Download rolled out in 2018. The warmth and support from the heavy music community was unprecedented. From fans to industry and media the love has been out of this world. We can’t thank everyone enough for their behaviour yesterday and we are excited to confirm that Download will return to Melbourne and also make its Sydney debut in 2019.”

Download founder Andy Copping flew in from the UK to experience Download Melbourne and had this to say:

“It was an incredible honour to bring Download Festival to Australia and no better place than at Flemington Racecourse, or as it was renamed by fans Donmington, in the heart of Melbourne. Seeing all the bands just hanging out and supporting each other on stage encapsulates the true camaraderie and spirit of this kind of music, this scene and this festival. Thank you Download Australia, particularly the fans cause it’s nothing without you lot, you have truly have taken the festival to your hearts and we cannot wait to be back again for you next year!”