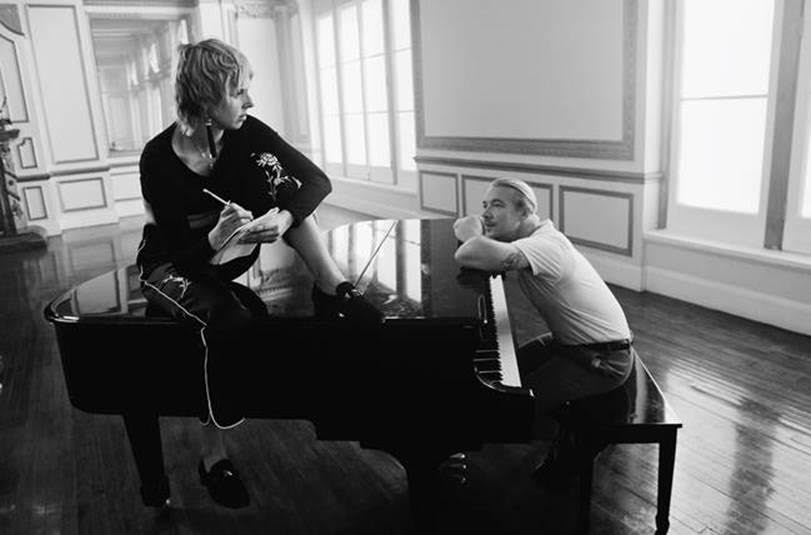 Global superstar Diplo unveils a new video for Get It Right featuring MØ today. Watch the video, directed by Brantley Gutierrez and with choreography from longtime collaborator Sara Bivens and Calvit Hodge.

“Get It Right was one of those songs that was written within a very short amount of time—where you hear the beat, you feel inspired, you sing the melodies and the lyrics write themselves because they were already there,” says MØ of the track. “Good sounds inspire you to write more passionately about subjects that are close to your heart, and Wes’ sounds tend to do that to me. We’ve collaborated a lot of times over the past five years and working with him has helped me develop as a songwriter and shape my voice. I’m very thankful for our artistic journey together.

“He came up with this idea of a full song of synchronized choreography and I just loved that idea—even though I was very nervous to learn all of those steps! But it all worked out and it was one of the most fun video shoots I have ever been on!”

The track is the latest in a string of collaborations between Diplo and MØ, dating back to the latter’s 2013 debut EP Bikini Daze. MØ later appeared on Major Lazer’s global smash hits Lean On and Cold Water.

Get It Right, streamed more than 30 million times to date, is taken from Major Lazer Presents: Give Me Future — Music From and Inspired by the Film, the musical companion to Major Lazer’s documentary Give Me Future, shot at the group’s historic, 400,000-person Havana, Cuba show in March 2016. The film premiered via Apple Music this fall after debuting to rave reviews at the 2017 Sundance Festival.

Diplo, born Thomas Wesley Pentz, is one of the most dynamic forces in music today under his own name, as well as a founding member of Major Lazer. As pop’s most in-demand producer, Diplo has worked with artists such as Beyoncé, Justin Bieber, Madonna, Ariana Grande, Bruno Mars, Britney Spears, M.I.A., Lil Yachty, MØ and many more.

Diplo has continued to tour the world over, with stops this year in Nepal, Bangladesh, Kenya, Nigeria, Uganda, Croatia, China, Mexico, Italy, Korea, Spain, Sweden, Denmark, Switzerland, Austria, Germany, Hungary and beyond, as well as sets at Glastonbury, Hangout, Ultra and more.