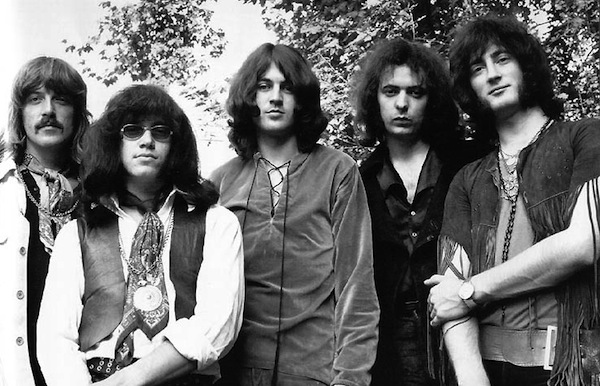 Together with Led Zeppelin and Black Sabbath, Deep Purple have been referred to as the “unholy trinity of British hard rock and heavy metal” in the early to mid-Seventies. One of the most influential and important guitar bands in history, they have sold over 100 million albums worldwide. “Made In Japan” was recorded live over three nights during 15–17 August 1972 at Festival Hall, Osaka and Budokan, Tokyo. Four of the tracks come from the band’s 1972 “Machine Head” album. It featured what many consider the classic Deep Purple lineup – Ian Gillan (Vocals), Ritchie Blackmore (Guitars), Roger Glover (Bass), Jon Lord (Organ) and Ian Paice (Drums). Originally recorded only for the Japanese market, the album has since become seen as one of Deep Purple’s seminal albums, and one of the greatest live albums of all time (A Rolling Stone magazine readers poll in 2012 voted “Made In Japan” as the sixth greatest live album of all time).

“Deep Purple was at the height of its powers. That double album was the epitome of what we stood for in those days. It wasn’t meant to be released outside of Japan. The Japanese said, ‘Will you please make a live album?’ We said, ‘We don’t make live albums; we don’t believe in them.’ We finally said okay, but said we wanted the rights to the tapes because we didn’t want the album to be released outside of Japan. That album only cost about $3,000 to make. It sounded pretty good, so we said to Warner Bros., ‘Do you want this?’ They said, ‘No, live albums don’t happen.’ They wound up putting it out anyway and it went platinum in about two weeks” – Jon Lord, Deep Purple

2014 will see the album newly remastered and released in a number of special formats. The format options include previously unseen footage on DVD, bonus material and mixes, memorabilia and a hardback book. The “Made In Japan” formats are below.

The deluxe release of Deep Purple’s seminal live album “Made In Japan” in multiple formats 16thMay 2014.