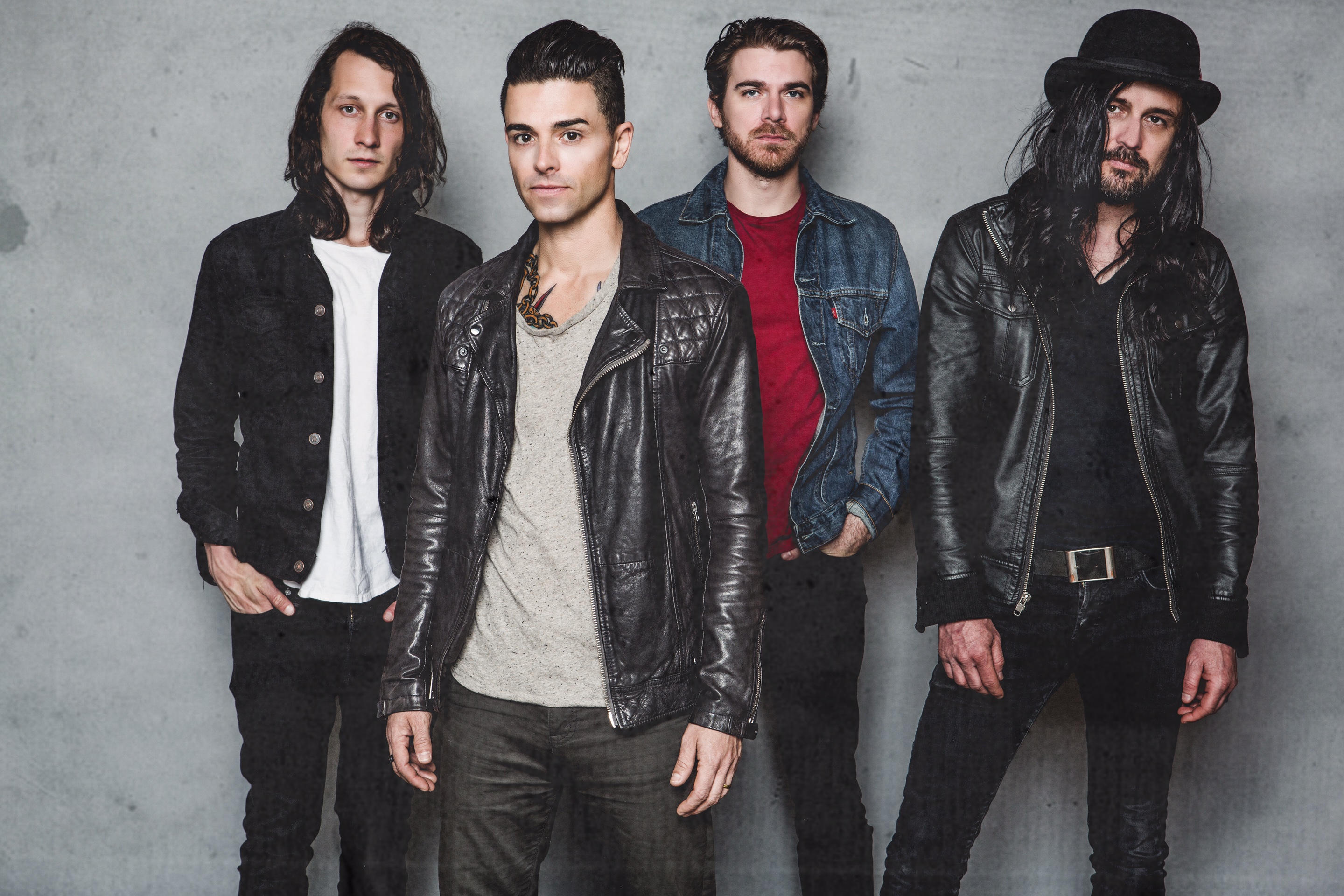 It’s been five years since Dashboard Confessional last visited Australia. 2012 seemed to flash before our eyes but hearing singer-songwriter Chris Carrabba talk, felt like he hadn’t aged at all. The man behind the stunning albums such as The Places You Have Come to Fear the Most and A Mark, a Mission, a Brand, a Scar is introverted and gentle, with wisdom beyond his years. While talking to him before he packed his bag for a long journey away from Nashville where he resides, it was clear Carrabba still had remarkable passion in himself, despite being M.I.A for a while with Dashboard Confessional.

Working on other projects in Further Seems Forever and Twin Forks seemed to energise the 42-year-old, tirelessly dedicating his life where listeners stumbled upon his life-changing songs. It’s funny to talk to Chris about everything he’s accomplished, bringing him to where he is now; he would’ve influenced people in a different way if he chose the path of becoming a teacher. Instead, he chose music and with that, blessed him with another set of opportunities, curve balls and experiences he would never forget.

I think it’s really exciting you’ll be heading back to Australia to play some shows. How do you feel about coming back here?

Man, I’m thrilled. I’m thrilled to be coming back – it’s nice to be coming back this time with my bandmates. Last time I came, I came with just an acoustic guitar – it was great! I had so much fun. I love playing that way, but I also love that I get to play with a whole band as well. I think there is a different way to express the same experience, the same song. It’s expressed differently when it’s through the filter of not just you and the audience.

“I think you can plan all you want but there’s so much of it outside of your hands.”

I actually read in a previous interview that you were going through options of what career path you were going to take on and teaching was one of the pathways you considered. Does it stun you sometimes that music has given you more than what you’d expect?

[chuckles] Yes, absolutely! I mean, I thought I knew that making music was rewarding and I knew that playing shows was something that I was going to do for the rest of my life – I didn’t think anyone was gonna come. And um, so to still be doing this, and still having fans as far away as Australia, it’s kind of astonishing. It wasn’t the way I would have predicted my life to turn out. I’m really glad it did.

Yeah, especially when you’re so young and you don’t know what you’re doing with your life. I think it’s incredible that even if your career path is a little hazy, you just follow through with it and see what happens. I think that’s what you’ve sorta done with your life and it’s turned out amazing.

I think you can plan all you want but there’s so much of it outside of your hands. It’s a hard job. I don’t want to demystify it for people ’cause it’s a cool job – it’s the best job I could ever hope for – but it’s not easy. I don’t know if I was prepared for it. I guess I was lucky that I was young and stupid when it all kind of fell in my lap. I think I handled it with as much grace as a young person could handle that kind of opportunity. The fact that I’m this far into my career and it still feels new, I think that’s more than anyone could really hope for in a career path.

Don’t you find it crazy that your debut LP The Swiss Army Romance was released 17 years ago? Obviously, you’re a lot older now and you’ve developed as a person. What would you say has remained constant in your songs?

I think that impulse to self-examine and try and crack the code in song; what the world is and my place in it. It’s a complex question that there is no answer to, really. But answering that question, trying to is what I guess I’m doing when I write songs.

It’s an art in itself – writing songs and trying to develop them in a way and sort of making sense of them lyrically and musically.

I’ve watched videos of your live shows and witnessed your set at Soundwave 2012 and I think it’s really beautiful hearing people singing back the lyrics to you whenever you perform. Can you describe how you feel the moment you’re on stage and you hear thousands of voices singing back to you?

It’s all at once – euphoric and somehow unsettling, but it’s not a negative thing. It just kinds of knocks your footing a little bit. The moment it happens, somehow it’s already unpredictable and I’ve never come around to just expecting it will happen or trusting it will happen. It’s like, you guys hired me to sing the songs so I’m just kind of realising in that moment my job is to actually look like I’m in charge up here. And really, it’s kinda like being a participant with you guys.

Do you find it weird sometimes that you’re singing on stage to the point where it actually baffles you?

Yes, I think there’s just something addictive about that and I can’t help but chase that feeling and I think that’s why I play so many shows. It’s such a unique thing. I’ve never found a place in my life where that occurs and so, I kinda need it.

I hear that you’re working on your new album. Do you ever worry about releasing new music since most of your fans have a strong attachment to your previous albums?

I’m doing the right thing, I guess [chuckles]. I have a strong attachment to those old records. I suppose if I had decided at any point that I was turning my back on them, then I’d be worried. But the way that people might react to these records as if to say making a new record is a condemnation of your older work – that’s just simply not true. It’s an evolution and I do think I’ve made some steps that are in line with the quality or style of those earlier songs.

I think specifically, this record feels much more related to my first three records. I think all things are cyclical. Somehow, my life experience and my musical tastes are lined up again in a way that they were then. If I did feel worried about those things, I’d probably feel less worried than ever before about this record.

Yeah, totally. I read also that you sort of have a new attitude towards making new music, noting that as long as you enjoy making songs, that’s what really counts.

Last month, Trump announced that he was going to ban Transgender troops, I was really touched by the heartfelt statement you wrote on your Facebook in response to that – on how people regardless of who they are should be able to serve their country. Although the U.S seem to regress since Trump’s presidency, what can people do to enforce positive change despite the current events that seem to make our world feel gloom and doom?

I think those of us that maybe don’t belong to an oppressed section of our community, have to stand up and say, “No, that’s not right.” We’re human beings, we’re people and our differences are superficial. Our sexual orientation, race, gender or faith or lack of faith are not the definitive measures of a person. I think that everybody should find a way to say what is right to whoever they need to say it to.

I think where we run into trouble is where we can’t accept that we might have to read [different] opinions and there’s no reason to shout at each other over it. We all state our differences of opinion, but let’s keep talking about the issue itself and see if we can come to a greater understanding together.

Dashboard Confessional will be touring Australia this week. Catch them live on these tour dates below!