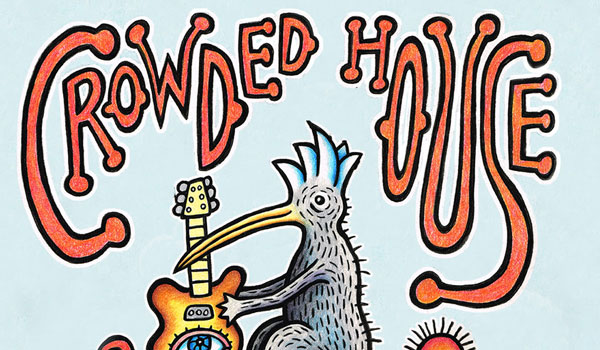 It is well documented that on November 24, 1996, Crowded House said Farewell to the World with a celebrated concert on the steps of the Sydney Opera House that is now regarded as one of the greatest shows ever to be staged on Australian soil.

With the first two “Encore” shows now officially sold out it is with great pleasure that Crowded House announce a third “Encore” concert on Thursday, November 24, exactly twenty years to the day of the now iconic Farewell to the World.

Tickets will go on sale to the general public on Wednesday September 28 at midday.

My Live Nation members can be among the first to access tickets during the pre-sale beginning at midday tomorrow, September 27.

Opening for Crowded House will be Kirin J Callinan. Not afraid to push the limits he makes exhilarating, genre-bending music delivered with both flamboyance and a serrated edge.