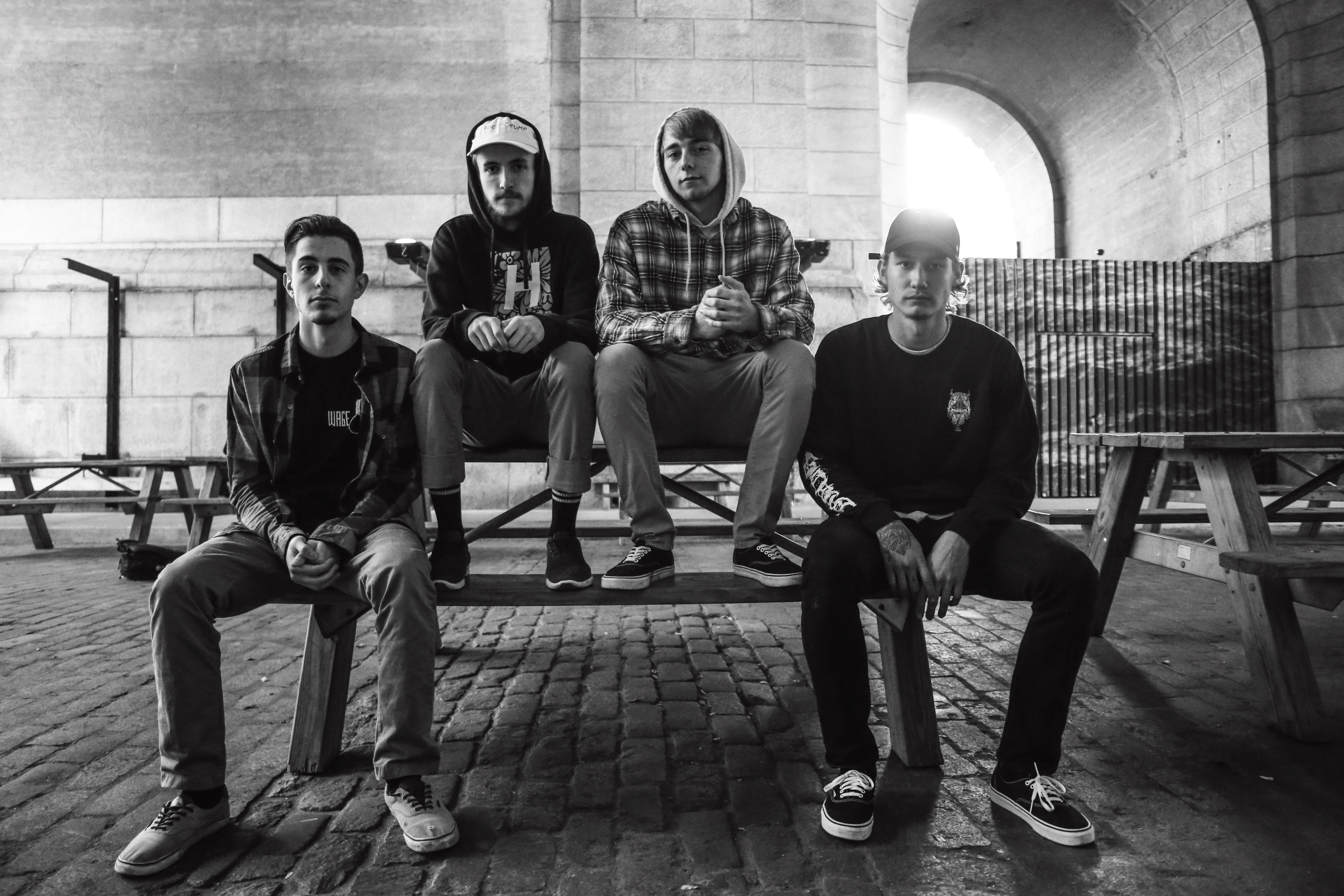 Coming all the way from New Brunswick, New Jersey, metalcore/post-hardcore outfit Counterfeit Culture show a new kind of energy you’d be glad to come across when it comes to a band. With the oversaturated market the metalcore and post-hardcore scenes have offered, it’s interesting to see the varied influences that have built the band’s sound ’til this day.

Just a few days ago, Counterfeit Culture released their new EP titled Deathwish and they were kind enough to share the six albums that shaped the title during the creative process. From metalcore titans Northlane to the ambient music by The 1975, it’s clear how open-minded they are when it comes to exploring new avenues of music and how this is crucial to their development as a four-piece. I’d say this is a given for any modern day metalcore band. Northlane to this day are one of our biggest inspirations. Singularity was one of the first albums that we all listened to and thought “wow, this is an absolute musical masterpiece. No one will ever make an album like this again.” From the intricate and melodic riffage to the nasty breakdowns, to the powerful vocals (both clean and screams) it’s one of the most well rounded and impressive albums out there. Honestly, if it weren’t for this album, we would be an entirely different band. Again another huge sounding, melodic metalcore album. The first time Pat [Robertson, guitar] heard “Nocturne: Lost Faith” he was immediately interested in the rest of the album, and showed it to everyone the next practice. You can’t say enough about the instrumentation on this album; it’s absolutely breathtaking. The guitar riffs are so different and intricate, it’s impossible to stop listening. The drumming can go from so intense to groovy in an instant. Again, if this album didn’t exist, we would not be who we are today.

3. Tragedy Will Find Us – Counterparts Besides being influenced by bands of the same genre, we’re also big hardcore and melodic hardcore fans. TWFU is one of the hardest hitting albums Counterparts has put out. The lyrics are a huge inspiration to us. The passion and intensity that comes out of these songs are on another level. There’s no band on the planet that can capture emotion into a song like Counterparts can. The music always perfectly complements the lyrics, and it makes for one of the best listening experiences out there. Now obviously this isn’t what most people would expect, but we’re all huge fans of rap. Run The Jewels always speak their mind, and put out some of the most thought-out and colourful commentary on the society that we live in. Obviously, our whole thing as a band is challenging the way people think and live, and how the society tells them who to be. The combination of Killer Mike and El-P is just next level, and they never back down from anything. They call out anyone, and articulately take down anything they set their eyes on. Plus the beats are too sick. Both of these albums had a big influence on Deathwish. For the final album, it’s again something that may be shocking. Pat and Elijah [Pagan, bass] are both huge fans of all of The 1975’s albums, but this one was the most influential to Deathwish. The use of ambient tones was something we took to heart on Deathwish. In the background of every song, you’ll hear an ambient guitar or keys to give the song the vibe we were going for.

Plus, they have incredibly thoughtful lyrics that again call out certain things in the world, but they do it in a different way than most bands. They are incredibly clever and to someone not listening closely to their lyrics, it could just go over their head. This is just one of the many reasons that we love this band. They are a huge inspiration for us. We try our best to merge alternative music and metalcore, and they’re the main reason we do that.

Counterfeit Culture’s Deathwish EP is Out Now! Check out their single “Apothecary”!