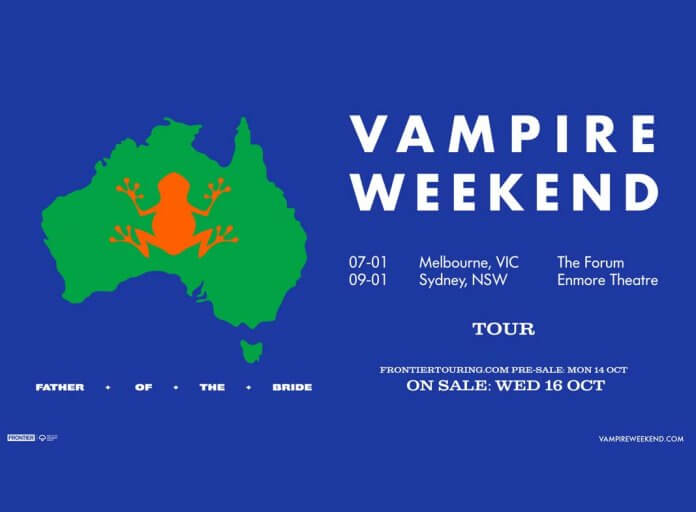 Summer has arrived early! Frontier Touring are delighted to announce the welcome return to Melbourne and Sydney by one of the USA’s most irresistible outfits: Vampire Weekend.

Vampire Weekend will perform two intimate theatre headline shows only: fans can catch them on Tuesday 7 January at The Forum, followed by Thursday 9 January at Sydney’s Enmore Theatre. Tickets go on sale Wednesday 16 October via frontiertouring.com/vampireweekend.