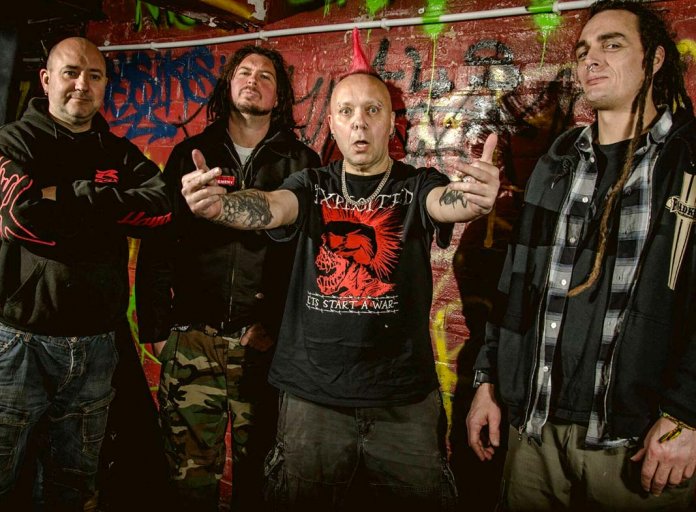 Sex and Violence, Army Life, Fuck The USA, Troops Of Tomorrow, UK ‘82 and Cop Cars represent just a taste of the anarchy that the Exploited bring to every show.

The first wave of British punk was a bust. Sid was dead and the Pistols signed Ronnie Biggs as their new singer, The Clash were adopting rock star poses, the Damned wanted to be goths, and the Buzzcock’s Pete Shelley bought a synthesizer.

THE EXPLOITED are just as relevant today as they were in 1980 and with the band’s loyal squadron of fans The Barmy Army in tow, THE EXPLOITED are set to unleash 40 years of fury, anarchy and chaos upon Australian and New Zealand. 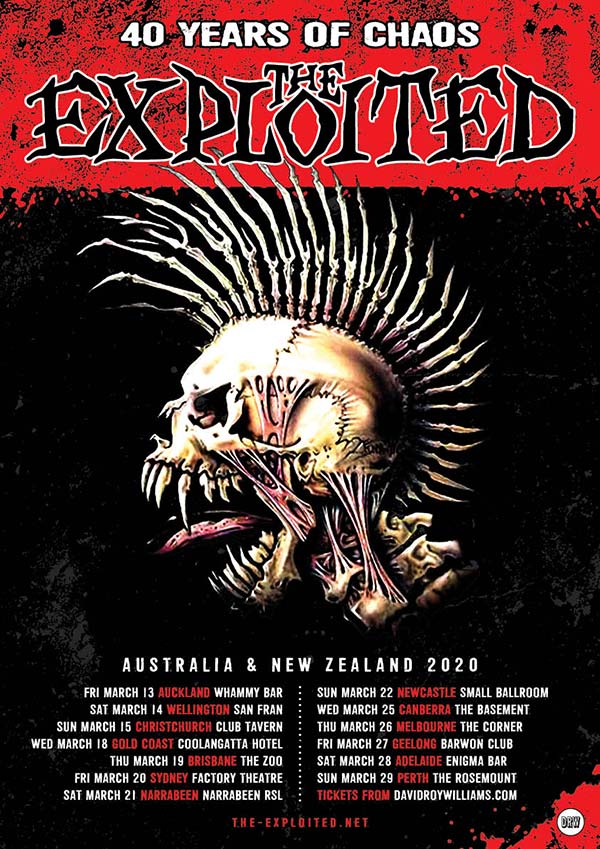