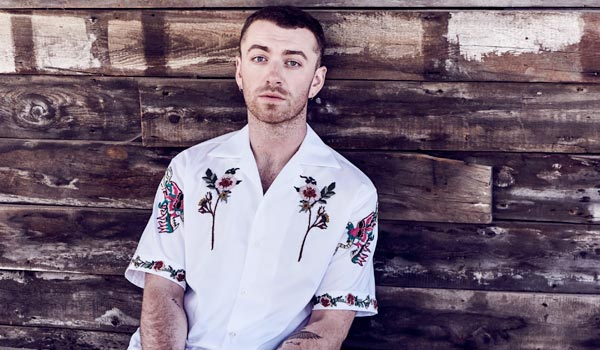 hey’ll have you dancing with a stranger! Pop pioneer Sam Smith is headed to the world famous Sydney Gay and Lesbian Mardi Gras Parade and will later join the official Mardi Gras Party with an electrifying performance on Saturday 29 February, 2020.

Sam Smith has established themselves as one of the world’s most soulful voices and has topped the charts worldwide with hits including: “Money on My Mind”, “Stay With Me”, “Writings on the Wall”, “Too Good at Goodbyes” and 2018 dancefloor anthem “Promises” (with Calvin Harris).

Since the release of their 2014 debut album, “In The Lonely Hour”, Sam Smith has sold over 25 million adjusted albums worldwide and notched up an impressive seven UK No. 1 records to date. They have also been recognized at the highest level, earning four GRAMMY Awards®, an Oscar, a Golden Globe and three BRIT Awards.

Sam’s visit comes off the back of a stellar 2019 in which they released global smash hits, “How Do You Sleep?” which has amassed close to 1 billion streams worldwide and Sam Smith Joins Mardi Gras 2020early-2019 collaboration with Normani, “Dancing With A Stranger” which has reached almost 2 billion streams and became a No. 1 airplay hit in the U.S., Australia and the U.K.

One of the music industry’s most influential LGBTQI voices, Sam has used their platform to advocate for a broad spectrum of queer issues. Coming out as non-binary in 2019, the singer has spoken publicly about their experiences and helped to improve public awareness of what it means to be genderqueer. They have also been honoured for their contributions to the LGBTQI community with the award for Best Music Artist at the 2016 British LGBT Awards and a nomination for Outstanding Musical Artist at the 2018 GLAAD Media Awards.

Sam Smith will be joining a line-up of pop royalty including previously announced headliner Dua Lipa, Kesha and Brazillian drag superstar Pabllo Vittar, as well as a stacked line-up of eccentric and extraordinary DJs.

With very limited tickets left available for the official Mardi Gras Party, organisers are encouraging revellers to get in quick!

The Mardi Gras Party is Australia’s most treasured LGBTQI Party! 2020 will see Mardi Gras transform The Hordern Pavilion and surrounding areas into a brand-new adult play land, bursting with music, light and performance across new fantasy worlds for you to immerse yourself. Continue riding the joyous vibes post-Parade as our communities come together in this multi-sensory feast.

Don’t miss out on an unforgettable night, final release tickets are on sale now and selling fast! To book, go to www.mardigras.org.au.

The Sydney Gay and Lesbian Mardi Gras is proudly supported by the NSW Government through its tourism and major events agency, Destination NSW