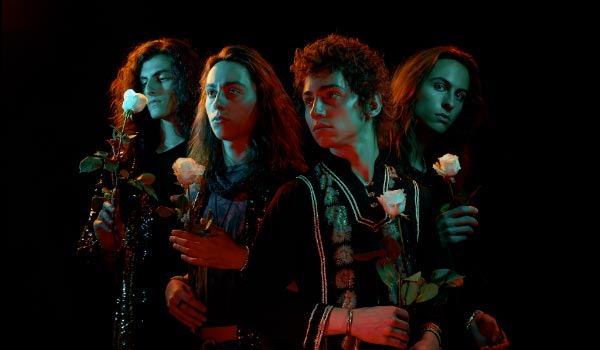 One of the most buzzed-about new rock bands today, will play Australia for the first time early next year on their “March of the Peaceful Army” World Tour.

The band’s first foray into Australian music venues has been met with an overwhelming response from their local fans with news that shows at Sydney’s Enmore Theatre on January 29 and Melbourne’s The Forum on February 5 are SOLD OUT!

This quickly led to a second show in Melbourne at Festival Hall being announced; and to satisfy rabid fans, a second show has now been added in Sydney!

Tickets for second Sydney show go on sale at 10am Friday, December 14.

My Live Nation members can secure tickets first during the exclusive pre-sale beginning 9am Thursday, December 13 until 9am Friday, December 14.

Update:  Fans in Sydney, Brisbane, Melbourne and Auckland have been quick to secure their seats, and the shows at both Sydney’s Enmore Theatre on January 29 and Melbourne’s The Forum on February 5 have both SOLD OUT!

To appease the bands rabid fanbase, a second show for Melbourne will be held at Festival Hall!

GRETA VAN FLEET, one of the most buzzed-about new rock bands today, announces the March of the Peaceful Army World Tour and initial headline dates for 2019.

These dates are in support of the band’s debut album, “Anthem of the Peaceful Army”, that is due out October 19 (Lava/Republic Records).

As part of the itinerary, the band will visit Australia for the first-time playing concerts in three cities beginning in Sydney on January 29.

My Live Nation members can secure tickets first during the exclusive pre-sale beginning 11am Tuesday, October 16 until 5pm Thursday, October 18.