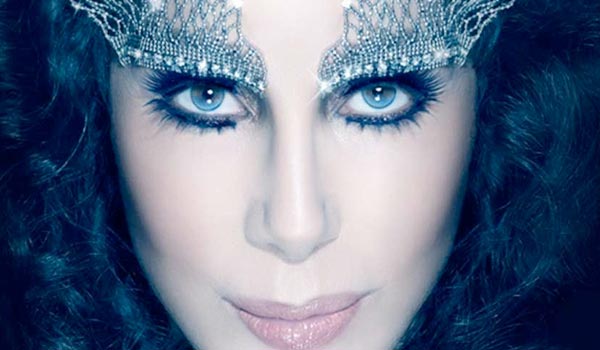 Well, you better Believe it! This year’s annual Mardi Gras Party will be one for the history books! Sydney Gay and Lesbian Mardi Gras are thrilled to confirm that pop superstar, LGBTQI icon and prolific tweeter, Cher, will headline the Official 2018 Mardi Gras Party on Saturday 3 March, 2018.

Before word of Cher’s headline performance began to circulate, this year’s Mardi Gras Party was already selling in record time and sold out just before the New Year hit. Mardi Gras is pleased to announce an increased capacity by adding the iconic Dome venue, additional eateries and outside areas to the Party footprint and can now release a final allocation of tickets for sale. Existing Mardi Gras members will have exclusive access to purchase an additional two full price tickets over a 48 hour period or until sold out.

A strictly limited number of newly released tickets to The Party will go on sale Monday 15 January at 10am AEDT for members only.

The final release tickets for the general public are on sale 10am AEDT Wednesday 17 January. All tickets available from www.mardigras.org.au.

Described as the Goddess of Pop and one of the best-selling music artists of all time, Cher’s exclusive Australian performance firmly places the world-class 2018 Mardi Gras Party as the most iconic in its history.

With a No. 1 hit record in each of the last five decades and over 100 million album sales world-wide, Cher is one of the longest-reigning divas in show business, winning a best-actress Oscar, three Golden Globes, an Emmy, and a Grammy.

Her chart-topping hits include Believe, Strong Enough, All or Nothing, The Shoop Shoop Song, I Got You Babe, If I Could Turn Back Time, Bang Bang (My Baby Shot Me Down), Half-Breed and Gypsies, Tramps & Thieves. Alongside her incredible music career, Cher has also made her mark in television, Broadway and film, culminating with a ‘Best Actress’ win at the Academy Awards in 1988 for her performance in Moonstruck.

Mardi Gras CEO, Terese Casu said “Cher has established herself as an influential, hard-hitting voice in global politics, and throughout her career has been at the forefront of LGBTQI campaigns and numerous charities. Cher represents the same unapologetic and fearless freedom that makes the LGBTQI community so enduring and strong—positioning herself as a true gay icon.”

Cher will join an illustrious list of some of the biggest international and Australian acts who have performed at the Party over its 40 year history, including George Michael, Village People, Jimmy Somerville, Cyndi Lauper, Calvin Harris, Nick Jonas, Tina Arena, Thelma Houston, Marcia Hines, Chaka Khan, Olivia Newton-John, Jake Shears, The Veronicas, Kylie and Dannii Minogue and many more.

The Official Mardi Gras Party is the biggest and hottest LGBTQI party in the Southern Hemisphere. Veterans and newcomers alike are encouraged to experience this magnificent and once-in-a-lifetime chance to party with a queen. Miss out, and you’ll be wishing you could turn back time.

The exclusive performance of Cher is presented by Mardi Gras with support from the NSW Government via its tourism and major events agency, Destination NSW and sponsors Qantas, SBS and KIIS 1065.

NSW Minister for the Arts Don Harwin said, “This year’s Mardi Gras will be a momentous occasion for LGBTQI Australians and I have no doubt it will be the biggest and best yet. From commemorating 40 years since the first Mardi Gras took place through the streets of Darlinghurst and Kings Cross to reaching marriage equality, there will be a lot to celebrate. Cher fits this celebratory mood perfectly.”

City of Sydney is the proud government partner of Sydney Gay and Lesbian Mardi Gras in 2018, providing funding for this commemorative anniversary season.

All transactions are capped at 2 tickets per person.

**avoid purchasing your tickets from unauthorised sellers including Viagogo.