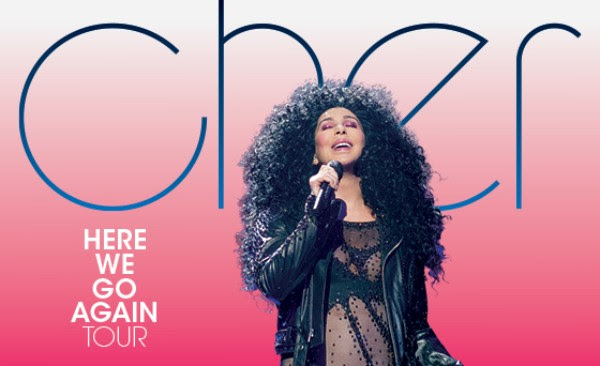 Celebrating one of music’s most phenomenal and enduring careers that now spans six decades, the global superstar will bring her spectacular Here We Go Again! Tour to the WIN Entertainment Centre for one show only on Tuesday, October 16.

And with her Brisbane show on September 28 now sold out, a second and final show has been added at the Brisbane Entertainment Centre on Saturday, September 29 when Cher returns to Australia for her first tour in 13 years.

Tickets for both these shows will go on sale at 1pm on Thursday, July 26.

My Live Nation members can be among the first to secure tickets during the pre-sale commencing at midday Tuesday, July 24.

Live Nation VIP Experiences offer fans the opportunity to attend the official pre-party, a Butler service directly to their seat and access to some of the hottest seats in the house. Live Nation Elite Corporate Experiences are also available.