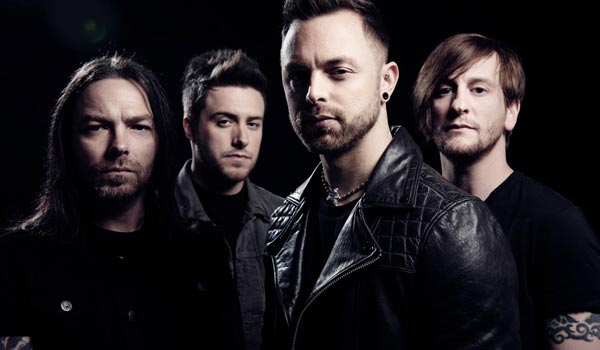 In one of the most righteous tour combos ever to touch down on our shores, behemoth heavy acts BULLET FOR MY VALENTINE, ATREYU and CANE HILL will team up this October for an unforgettable national headline tour.

As revealed exclusively last night on triple j’s The Racket, BULLET FOR MY VALENTINE will bring their world renowned slam dunk  live show to Australia once again this October. Fresh from destroying stages on the US Warped Tour, the Welsh metal quartet will still be riding high off the success of their 2015 Australian #1, fifth LP ‘Venom’. These masters of metal have spent the last decade wearing their classic metal influences on their sleeve with pride and doing their predecessors proud with headline level sets at huge festivals like Download and Soundwave, and a slew of Kerrang! and Metal Hammer Golden Gods Awards.

No strangers to our shores, ATREYU will be bringing their trademark crushing riffs to the party. The Orange County pioneers returned to the fray last year, releasing their first LP in six years, the triumphant ‘Long Live’, which Heavy Magazine branded ‘the essential Atreyu record’. The adored act have recently hit the road to mark a decade since the release of their huge ‘A Death-Grip on Yesterday’ album. They’ll be mining their extensive back catalogue to the great excitement of local fans.

Passionate New Orleans outfit CANE HILL have formulated a brand of US metal that is both pummelling and thought provoking. On their maiden Australian tour, these Warped Tour 2016 alumni will prepare for gargantuan UK run with Bullet for My Valentine and Killswitch Engage. They’ve also just scored a Metal Hammer Golden Gods Award nomination for Best New Band. Fans can vote for them here. A worthy addition to a truly jaw-dropping metal bill.

Tickets on sale 9am local time Mon Apr 18 via tickets.destroyalllines.com