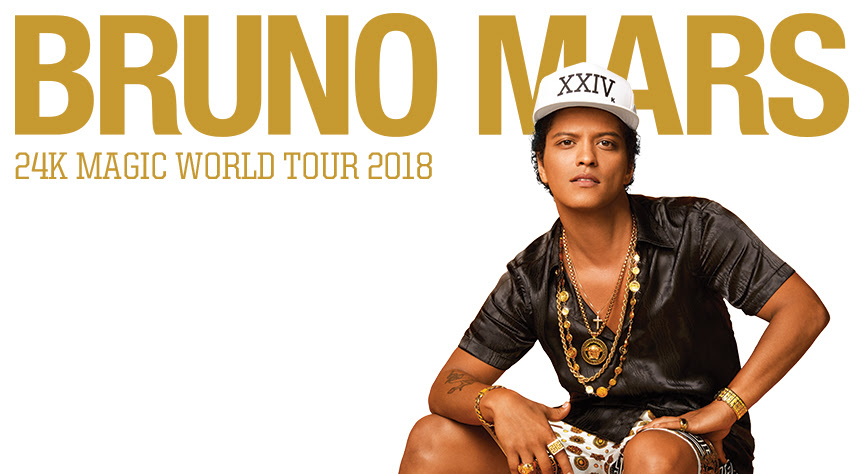 Grammy Award winner and world-renowned, multi-platinum selling singer/songwriter/producer/director/musician, BRUNO MARS is set to return to New Zealand and Australia next February and March as part of his 24K Magic World Tour.

The ‘Uptown Funk’ superstar sold out arenas across Australia in 2014 and fans have been begging for his return ever since. With countless accolades including five Grammy Awards, being named #1 on Forbes list of top 30 people under 30 and an ARIA #1, Live Nation is thrilled to bring the pop/soul/funk maestro back for dates in Auckland, Melbourne, Brisbane, Sydney, Adelaide and Perth.

Tickets for all shows go on sale this Friday, May 5. Please refer below for local on-sale times.