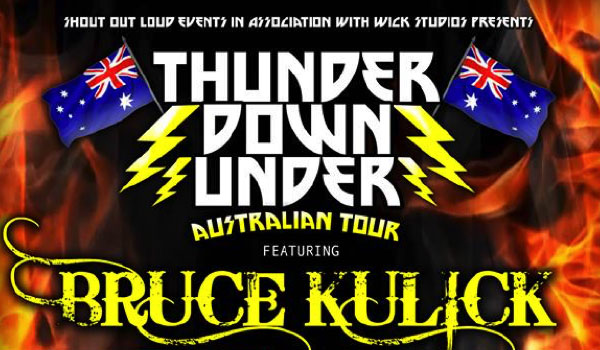 Shout Out Loud Events are proud to announce The Thunder Down Under 2017 Australian Tour featuring former KISS guitarist and crowd favorite Bruce Kulick. Bruce will be performing with his local resident band Sisters Doll.

Australia’s Sisters Doll also hops on board to create their own thunder.

All acts will be available after their performances at their merchandise tables signing and taking photos with fans.

This tour will be a rock fans greatest dream over 4 overs of Thunderous Rock with some of the greatest names in Rock.

Thunder Down Under – Tour Dates & Venues:

Tuesday 16th May the Basement Canberra