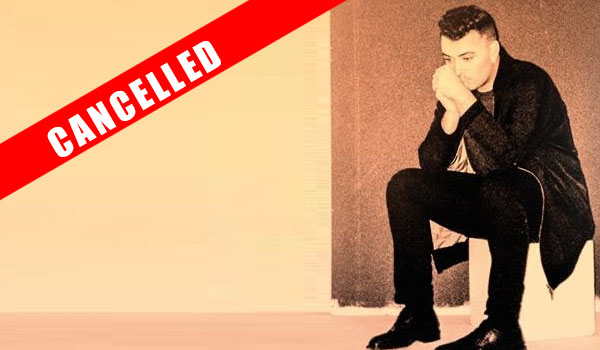 Bad news people! Sam Smith has been forced to cancel the rest of his Australian tour dates due to illness.

See the full official statement below:

Frontier Touring regret to advise that on Doctor’s orders Sam Smith has been forced to cancel all remaining dates for his Australian tour, including an appearance at the 57th TV Week Logie Awards.

Sam Smith said of the cancellation; “I am deeply, deeply saddened to tell my Australian fans, I have to cancel my Australian tour. I have been vocally exhausted for a while now however last night in Sydney I had a small hemorrhage on my vocal chords. The doctors have told me I need to fully rest until my vocal chords have healed, otherwise this could become a huge long-term issue. I am so sorry to all who have bought tickets, I truly am. This kills me.”

However, not all is bad news, as Frontier is currently working on new tour dates for December. New dates will be announced soon.

We wish Sam a speedy recovery!