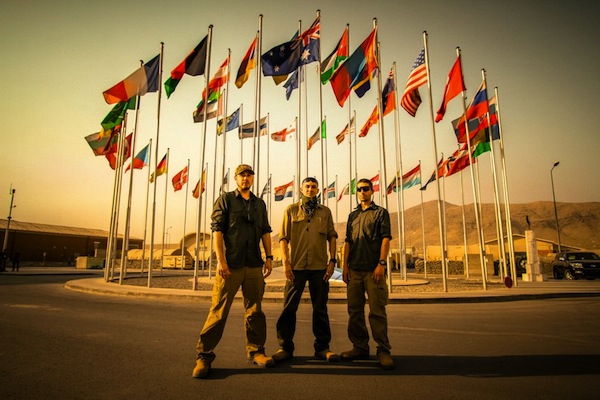 Bliss n Eso have released a short video documenting their life-changing trip to the Middle East with the Australian Defence Force in September 2013.

Originally set to take place in 2012, the trip was cancelled at the last minute due to an escalation in violence and increased threat level, and late rescheduled to 2013. It would turn out to be the final entertainment mission into Afghanistan prior to the withdrawal of the majority of Australian forces.

Clouded in secrecy from day one for operational security reasons, the band and support crew started their journey with basic training, fit-out and force preparation at Sydney’s iconic Randwick Air Force Base. Two days later they would find themselves on an unmarked aeroplane full of defence personnel heading to undisclosed location in the Middle East. Fourteen hours later they landed at Al Minhad Air Force Base in the United Arab Emirates for further preparation and briefings prior to their 7-day trip into Afghanistan.

The week-long trip saw Bliss n Eso perform intimate concerts for troops across four military bases including the Australian run Camp Holland in Tarin Kowt, Kandahar Air Force Base as well as a NATO base in Kabul. Performing with a very limited production and makeshift stages, Bliss n Eso and their fellow entertainers provided a much-needed boost in morale for Australian and multinational forces deployed throughout Afghanistan.