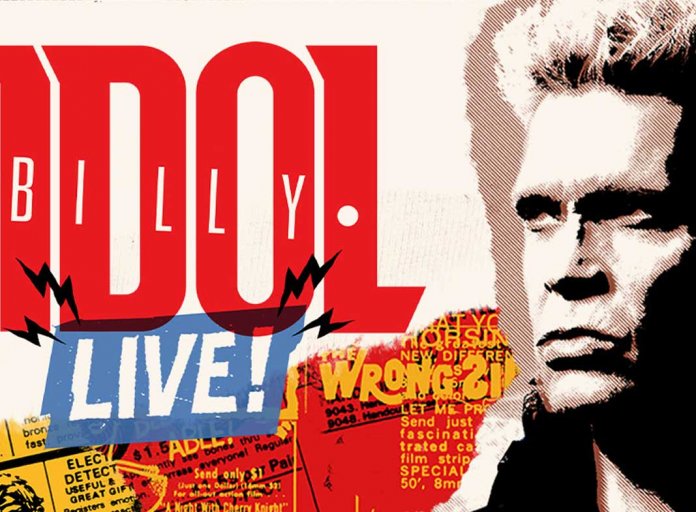 ‘White Wedding’, ‘Dancing With Myself’, ‘Rebel Yell’, ‘Flesh For Fantasy’, ‘Eyes Without A Face’… with a huge list of global hit singles to his name including 8 x US Top 20 hits, rock icon Billy Idol needs little introduction to fans. Frontier Touring are thrilled to welcome back the inimitable punk superstar and Grammy nominee for a series of special headline shows in January/February 2020 – Idol’s first tour of Australia since 2015!

Idol will be bringing his full band back down under, including his long-time collaborator and legendary lead-guitarist Steve Stevens. The iconic singer will perform at Brisbane’s Riverstage on Friday 31 January, followed by a show at Sydney’s Hordern Pavilion on Saturday 1 February.

In further news today, Melbourne fans will get their Idol fix on Wednesday 29 January, with the news that the singer is the first artist to be announced on the Australian Open’s 2020 AO Live Stage. Full line-up and ticketing information for the 2020 AO Live Stage will be revealed in October.

Brisbane and Sydney fans: be quick to secure your tickets when they go on sale Friday 16 August via frontiertouring.com/billyidol.