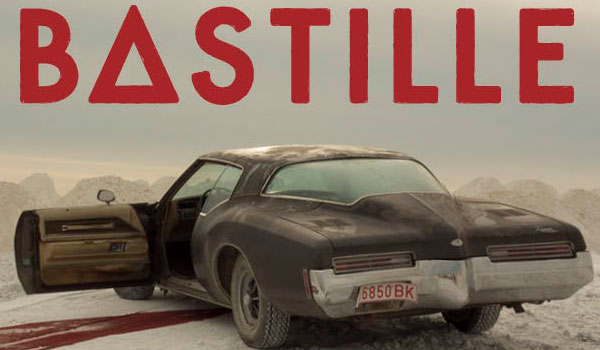 After selling out two shows in less than 24 hours at both Sydney’s Metro Theatre and Melbourne’s Corner Hotel last year, Bastille have announced that they will return Down Under this year to play much larger venues across the country.

The band comprising of Dan Smith (vocals), Chris ‘Woody’ Wood (drums), Will Farquarson (guitar) and Kyle Simmons (keys) have a huge year and a half with their hits ‘Pompeii’ and ‘Of the Night’ topping the charts in many countries around the world. They have kept themselves busy playing Glastonbury, Bestival and Reading and Leeds, and headlining a massive UK tour with mates To Kill A King and playing legendary venues such as Brixton Academy. Last week, they were nominated for the Brit Awards, for the first time, and in four different categories.

Supporting them on their Australian tour are Foxes and DJ Alison Wonderland. Bursting onto the scene, Foxes has had a mega hit with her track ‘Youth’ with celebrity fans such as Katy Perry. In addition, Foxes leant her vocals on track by Zedd ‘Clarity’ which topped the charts in Australia, as well as appearing on Rudimental’s debut album in ‘Right Here’.

Similarly, DJ Alison Wonderland has a hugely massive year on a steep slope to success as she tore up the stage at the Brit Awards After party as well as the Grammys After party and invaded our shores to play Splendor in the Grass, Stereosonic and her own sold out headline show around the country.

A show not to be missed!