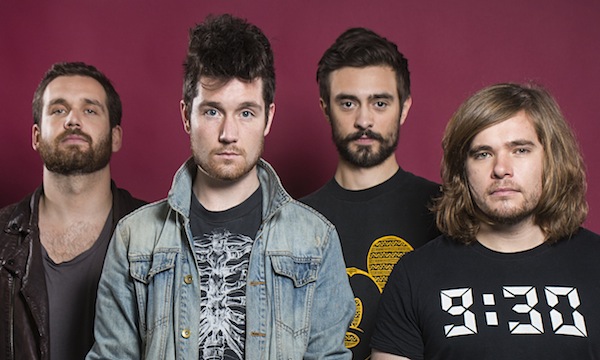 Bastille have finally announced the release of their new mixtape ‘Other People’s Heartache Part. 3’! The news comes almost two years after the last one was released. If you are unfamiliar with Bastille’s side project of Other People’s Heartache mixtapes, drop everything you are doing this second and go listen to them online (the original links have been deleted, presumably for legal reasons, but you can still find them on YouTube). The idea for the mixtapes began early on in the band’s career and were released online for free for their fans to enjoy, as they didn’t have an album of their own. With two previous Other People’s Heartache, the tapes were a full collection of different genres from R&B to Pop that were remixed and remade with film samples. The tapes included everything from TLC’s No Scrubs mashed up with Alfred Hitchcock’s Psycho, City High’s What Would You Do to The XX’s Angels. The best part of these mixtapes is that it is detached from their own music, which allows them to be a lot experimental with the sounds. That said, they don’t always work like the cover of David Guetta and Sia’s Titanium but it doesn’t even matter because its still interesting to listen too.

Famously, they released their cover of ‘Of The Night‘, which featured on their first mixtape which was a combination of Corona’s ‘Rhythm of the Night’ and Snap’s ‘Rhythm is a Dancer’. Check out their first song off the mixtape which was premiered on Zane Lowe with Lowe stating that mixtape called ‘VS.’ will feature Haim, Angel Haze, Lizzo and MNEK. We can not wait to hear the rest of it, it is expected to be released December 8th.