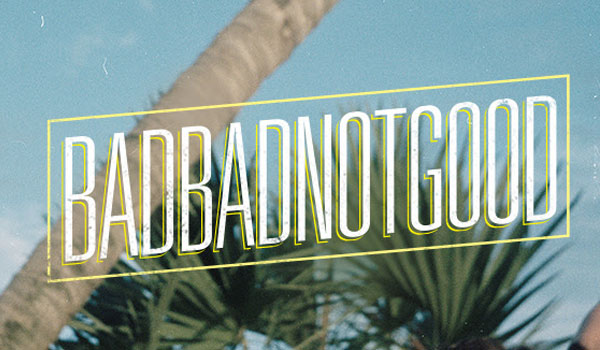 Renowned for their live shows, Canada’s BadBadNotGood return to Australia this summer in celebration of their current album release, IV.

The experimental four-piece have announced a headline show for Perth fans disappointed at the cancellation of Disconnect Festival.  The band will play Perth’s Capitol on Friday December 2, marking the start of their national tour.  Tickets are on sale now. For complete tour and ticketing details, visit: livenation.com.au.

Made up of supremely talented musicians, BadBadNotGood continue to challenge the rulebook on improvised instrumental music and have taken traditional Jazz into the future. Winning praise from giants in the game, including BBC broadcaster Gillies Peterson and Tyler the Creator, has helped fuel their progression into the mainstream across the globe.

This young band are no strangers to working with big names. Since meeting at Humber College where they all studied Music Performance, the group has worked with artists such as Frank Ocean, MF Doom, Earl Sweatshirt, Ghostface Killah (Wu-Tang Clan) and many more.

IV (out through Inertia Music) is no different and welcomes collaborations with Future Island’s Samuel T. Herring, Mick Jenkins as well as Canadian producer Kaytranada.