Bad Religion songs are easily identified with their iconic fast-paced yet melodic sound. It is a band you quickly become familiar with. Love them or hate them, Bad Religion’s sound is consistent; something you can rely on when the world changes around you. Their seventeenth studio album The Age of Unreason is exactly what you’d expect from the band: a powerful and very punk response to the current state of America, with lyrics from titular song The Age of Unreason imploring listeners to make a change because the nation’s heart is bleeding. Throughout the album, the songs refer to big moments in history and the concerning patterns that appear again and again, using intellectual lyrics and imagery – like in the track The Big Black Dog (an image commonly associated with Depression) – to carry their point across. But while the album focuses on the disorder that has come out of recent events, there is an underlying message of hope flowing through every song, the hope that together we can do better. As the world around them descends into chaos and hate, Bad Religion do what they do best: a catchy, timely and thought-provoking social commentary designed to encourage humanity to take a good hard look at itself and create the kind of world we all want to live in. On the state of the world front man Greg Graffin says, “When I saw all these headlines about how terrible our world had become, I started doing a lot of reading. I read about the French revolution, the American Revolution, the Civil War, and I started to recognize that this is a pattern of history and something we should never venture into … Maybe this album can help.”

One of the most powerful songs on this record is The End of History, a song about how America has descended into chaos. With lyrics like crimes against eternity, the song takes dark look at destruction and division in the era of President Trump. It urges listeners to think carefully before they vote, before they act to save the world from an untimely and tragic end. And in Chaos from Within, the band examines the controversy of the border wall with a deceptively catchy melody which pulls you right in. The lyrics warn that despite history using walls to keep out the supposed enemy, the dangers and chaos are coming from within America itself. Its lyrics are poignant and straight to the point: Threat is urgent, existential / with patience wearing thin / but the danger’s elemental / it’s chaos from within.

With references to current events in the US and tributes to many of the band’s literary influences, The Age of Unreason is the album is full of thought-provoking songs and killer riffs that almost make you glad the world is always falling into one kind of chaos or another because their anger is what gives their music the power and the drive to make the world better. Bad Religion is a great band for fans of punk who want to flirt with something a little heavier and don’t know where to start.

Out May 3 via Epitaph records, this is one you won’t want to miss!
Pre-Order here 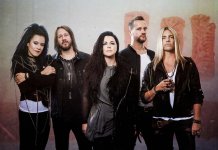 Evanescence Unleash New Song ‘The Game Is Over’ 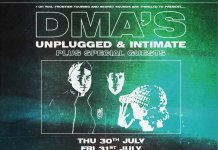 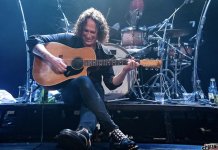