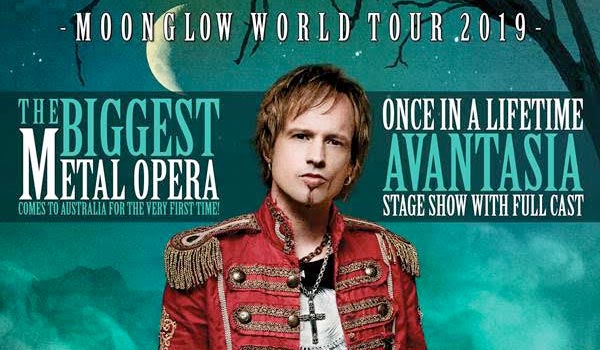 As it was announced late last year that the world’s biggest Metal opera was finally coming to Australia. 20 years after the release of the original Metal Operas, Musical mastermind Tobias Sammet decided to bring the full AVANTASIA stage show to Australia!

As the AVANTASIA dates, inch closer and closer to Australia, set for impact this May, the cast of this once-in-a-lifetime event has been announced! Amidst sheer praise and admiration for ‘Moonglow’ (Which hit #1 in the German album charts), Tobias Sammet has out-done himself with a world-class roster of singers and musicians that will be making the trek down under this May: