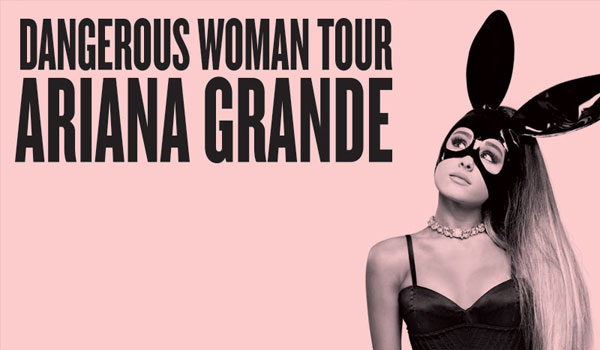 For the first time ever, Australian fans will be treated to a sensational live show including an array of hits from her 2016 chart-topping album, Dangerous Woman.

From dance floor fillers to uber cool collaborations with the likes of Mac Miller, Nicki Minaj and Future, there is no shortage of hit material from the former Nickelodeon star turned Pop Princess.

Tickets for all shows go on sale at 2pm Friday, April 28.

Fanclub pre-sale: 11am Wednesday April 26 until 11am Friday April 28

My Live Nation Members may be among the first to secure tickets during the pre-sale beginning at midday Wednesday, April 26.