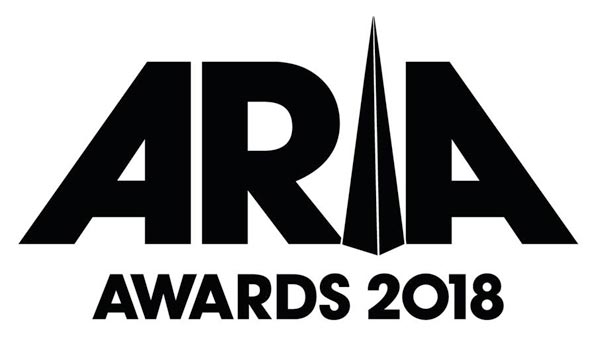 The  2018 ARIA Awards will return to the Nine Network to celebrate the biggest night in Australian music, with the ceremony and ARIA Week also confirmed to remain in Sydney until at least 2020, thanks to the support of the NSW Government.

Following the tremendous success of the 31st Annual ARIA Awards, Australia’s best artists will come together on Wednesday 28th November to salute the amazing achievements of the Australian music industry over the past year. Supported by the NSW Government’s tourism and major events agency, Destination NSW, the ceremony will be broadcast from Sydney to screens across Australia on the Nine Network.

The 2017 ARIA Awards was a TV ratings success – delivering a 31% increase in audience numbers, the biggest audience since 2010, and winning its time slot in total people and all demographics, including both 25-54s and under 55s. #ARIAs was also the #1 event on social media for the evening, trending at #1 on Twitter nationally and in every capital city in Australia, and peaking at #2 around the world.

Denis Handlin AO, ARIA Chairman and Chairman and CEO of Sony Music Entertainment Australia and New Zealand and President, Asia, said: “On behalf of the ARIA Board, we look forward to another wonderful celebration of Australian music at this year’s ARIA Awards, as we recognise those artists that have captured the nation’s imagination over the past twelve months.

ARIA is delighted to partner with the Nine Network again. After last year’s successful return to the network, we look forward to continue working with Nine’s CEO Hugh Marks and his team to produce another world-class event that celebrates all that is great in Australian music.”

Adrian Swift, Head of Content Production and Development at  Nine Network Australia, said: “We are proud to be broadcasting the 32nd Annual ARIA Awards on Nine, following the fantastic success of last year’s event. We remain committed to Australian music and delivering the greatest live events and entertainment to viewers across Australia.”

We would also like to welcome back returning partners, the NSW Government, through Destination NSW, for their passionate support. We look forward to partnering with them again in 2018 as we celebrate a remarkable year in Australian music, and onwards to 2020.”

NSW Minister for Tourism and Major Events, Adam Marshall, said: “These iconic events will provide a significant boost to the State’s visitor economy while cementing Sydney’s reputation as the nation’s music capital and a leading creative services hub in the Asia Pacific.”​

There have been a host of Australian successes on the ARIA Charts over the last twelve months from artists including 5 Seconds Of Summer, Amy Shark, Courtney Barnett, Keith Urban, Kylie Minogue, Peking Duk, Pnau, Parkway Drive, Sheppard, Troye Sivan, Delta Goodrem and Vance Joy. These achievements, combined with iconic live performances, collaborations, and a very special Hall of Fame induction, ensures we are in for an unforgettable night on Wednesday 28th November 2018.

Stay tuned for more exciting announcements about the 2018 ARIA Awards.