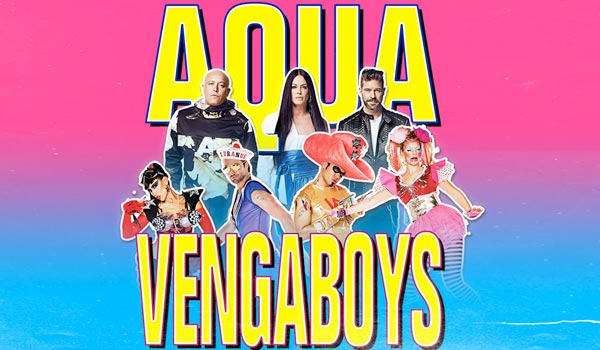 Frontier Touring and Arena Touring are thrilled to confirm that ‘90s pop icons Aqua and Vengaboys will join forces for a series of headline shows whilst in Australia for So Pop, the ultimate throwback pop experience!

In February 2019, they’ll take the stage together for co-headline shows in Melbourne (Trak, Thu 7 Feb) and Darwin (Discovery, Sun 10 Feb), with Vengaboys performing one additional show in Wollongong (Wollongong Waves, Fri 8 Feb). Joining Vengaboys as special guests in Wollongong will be the legends behind ‘Coco Jamboo’, Mr President, and the SkitzMix master himself, renowned Aussie DJ Nick Skitz.

*GP on sale only