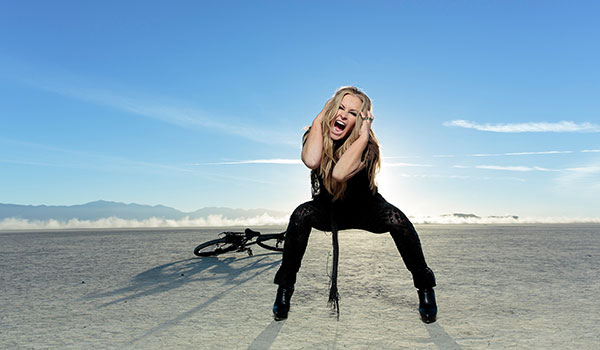 With 30 million albums sold and a string of massive worldwide hits including I’m Outta Love, Paid My Dues, Left Outside Alone and Pieces of A Dream, Anastacia has become a global icon in the world of pop music. With a steely resolve that has seen her overcome hardship and life-threatening illness, along with a golden voice far bigger than her diminutive stature may suggest, Anastacia has won a legion of fans worldwide attracted to her sublime talents as an entertainer and her inspirational story as one of modern music’s great survivors. With her brand new album Resurrection and a cannon of her classic pop hits Anastacia will reward her patient Australian fans with what is sure to be one of the most anticipated pop tours of 2015.

Anastacia burst onto the world stage with the release of her debut album Not That Kind in 2000 driven by the smash hit ‘I’m Outta Love’, the best selling song of that year. Hit albums followed, Freak of Nature, Pieces Of A Dream and Anastacia all propelled by her incredible, totally one of a kind voice. She also attracted much notoriety for a catalogue of poor health related issues – all well documented – including first Crohn’s disease and later breast cancer. Just last year she announced that the disease had returned resulting in a subsequent double mastectomy.

Now the resilient singer is back with a brand new album called Resurrection. A strong and interesting word, Resurrection is the translation of her name in Greek. It is description of something that is re-born. Resurrection therefore is fittingly the title of her new album. Anastacia has been on a long journey both in life and with her career in music. Sometimes you have to lose your way to find yourself again, overcome challenges, experiment, but if you’re focused enough you’ll find your way back. You’ll resurrect everything that went off track. If anyone knows how to find their inner strength, focus and not give up, it’s Anastacia.

For anyone who doesn’t know the challenges Anastacia has faced, there have been a few. It was just recently in April 2013, she was diagnosed with breast cancer for the 2nd time in her life 10 years after her first battle. Some would have crumbled, fallen at this hurdle but Anastacia refused to let it get the better of her. “The Big ‘C’ has a dark cloud, people automatically think death. l didn’t.”

In the back of her mind she knew this day might come, so as much as one can never really prepare themselves for such news, she researched her options and was certain of her plan. Not a light decision to say the least, but she was to undergo a double mastectomy and rid her breast cancer once and for all. This process would be intense and require ‘time out’ for recovery, but until the day of the operation she found solace in writing a journal of songs.

A cathartic approach, something to focus on. She was ready to find herself again, speak out to the world through her music, her resurrection. Her personal changes and challenges went hand in hand with the hurdles occurring in the music industry. A world that has taken a beating but fought back. No one can live without music. No one can live without the fight to survive. Everyone faces challenges and writing this album was Anastacia’s opportunity to share her experiences and turn them into words of encouragement.