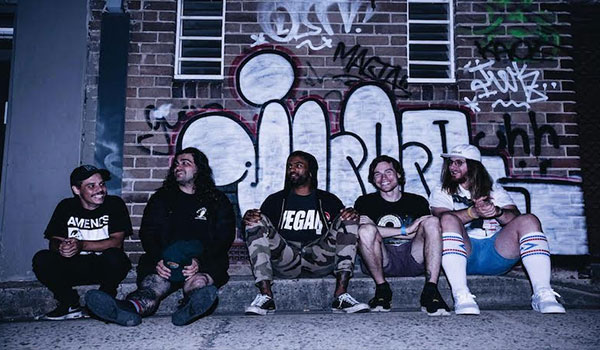 They say that good things come to those who wait, and for Sydney’s next big hardcore band; Vices LP ‘Now That I Have Seen I Am Responsible” the saying is extremely true. With over a year in the making, Vices have put their heart and their soul into this honest and raw release.

Not one song on this album exceeds 3 minutes which makes for one fast paced, hard hitting album. Nothing with this album drags on. It would be the perfect angsty soundtrack for a road trip.

One of the most notable about this record is there is something really special about vocalist John McAleer’s voice. It has this authenticity and power behind it. My ears feel blessed to listen to his voice through these 13 tracks. I can only imagine how wonderful it would to hear this album live.

Now That I Have Seen I Am Responsible gives a new age hardcore vibe, like A Day To Remember and Frenzal Rhomb had a baby. I think Vices could push a whole new genre with this release.

Check out tracks Alone, Apathy // Agression, and Isolation which really shine bright between all the diamonds.

This record is fantastic and as 80’s pop singer Yazz said “the only way is up”. We can’t wait to hear what Vices will have in store for us next!

Now I Have Seen I Am Responsible out now!