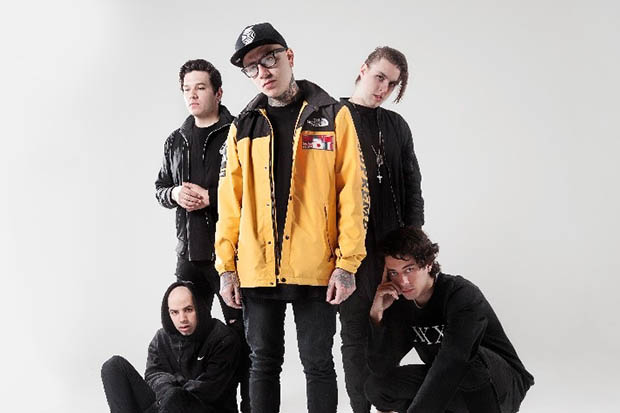 Showing high-energy and sophistication in what they do, Queens-based Sylar are about to take the world by storm with their new sophomore record Help!. Having built an incredible connection with their fanbase while also being part of the Hopeless Records family, Sylar have created a sound that cannot be imitated by any metalcore band existing today. With their incredible nu-metal fusion in all of their tracks, there’s no denying that this five-piece have shown the capability and confidence to stay in the industry for a long time. In their last offering of To Whom It May Concern, critics gave positive reviews for the bands strength in their sound dynamics and overall diversity in mixing both hardcore and metal together. After two years of working and recording for Help!, this sophomore record has paved a clear path for the band, nailing down all those solid influences while also pushing those boundaries creatively and logically. Bands like Issues and Cane Hill have put forward the nu-metal revival period since they’ve grown prominence into the alternative scene so it seems fitting that Sylar come through as one of those bands. Even then, there are many challenges, especially to those in the metal scene wanting to mix-and-match certain genres together, without sounding too generic. What Sylar have presented in this record in particular is their authenticity in both sound progression and songwriting. Showcasing a steady stream of both clean and unclean vocals with bonus rapping too, you could say that the band have taken new heights and have managed to pull a Linkin Park in their music.

Production-wise, Help! in its entirety is bold and innovative, really engaging listeners with compelling tracks such as “Assume”, “Dark Daze” and “I Know, I Know, I Know”. The appeal to Sylar’s music is their ability to craft tracks conveying an important message while also implementing atmospheric vibes suited for those late night drives along the highway. Picking the right melodies for the guitars while also nailing those throbbing drum beats, there’s so much attention to detail invested into this record. Since the band’s inception, they have taken forward those heavy elements, refining them in both a stylistic and intellectual sense. There will be many bands following a specific “formula” in your typical chugga-chug band but Sylar? They are more inventive than they realise.

There’s so much growth and outstanding progression that comes from Sylar. Whether it’s looking at their ability to make a song that speaks from the heart, the dark and atmospheric tones used and finding that harmonious balance between clean and unclean vocals, the five-piece have nurtured their initial roots and have move forward with a sound that is both diverse and exhilarating. They have defined their music on their own terms and have successfully cemented themselves as nu-metal fiends in this scene of music.