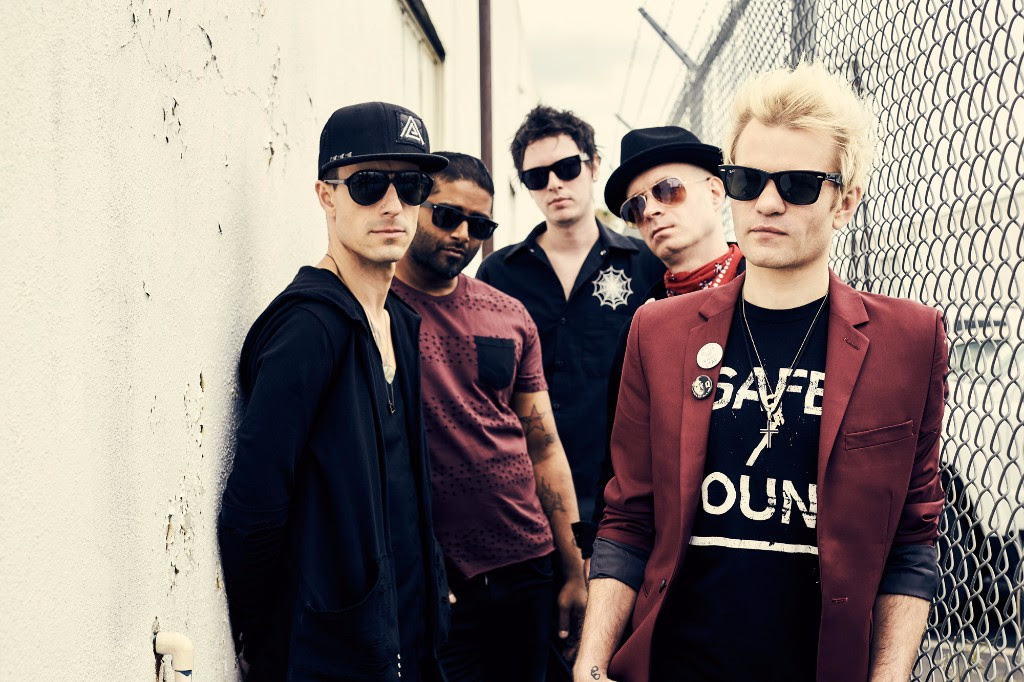 Canadian pop-punk favourites Sum 41 are back and bring their highly anticipated sixth studio record, 13 Voices to the world of music. With their rhythmic tunes and strong-willed rock instrumentals, the record brings back favourable memories for those that have followed the band since their teenage years. While lead singer Deryck Whibley has had his fair share of obstacles prior to the release of this record, 13 Voices has become an outlet for him to get rid of his emotions regarding his past, letting loose and writing songs that show meaning and purpose. Although the contending title isn’t the strongest album the band have released, it has some great numbers that will encourage listeners to see them live and rock out.

Though the the five-piece have been on the lowdown, 13 Voices bring back those lively instruments of punk to the table again. With lots of arena-like tunes like “War” and “Fake My Own Death”, these numbers really execute that sound older fans have grown to love, showing Whibley’s emotional approach to his songwriting. With some catchy choruses, well-blended riffs and strong drum sequences, unfortunately these songs are what make the record memorable. From start to finish, 13 Voices doesn’t feel as empowering as what the recent singles have hyped up the record to be. Up until the second half of the record, it feels forced and stale. Though the punk roots are still strong and triumphant, there’s lost listening value here because of how similar-sounding some of the tracks are, making the record feel a little out of place. “God Saves Us All (Death to POP)” is a catchy statement of a song but again, it feels disappointing to see how formulaic the instrumentation is.

As punk Sum 41 are, the energy of 13 Voices doesn’t feel right and it’s definitely missing some chemistry in their musicianship. Even after multiple listens, some may find it difficult to connect with the songs. Considering how I’ve only started to listen to the band again and haven’t kept up with their catalogue since Underclass Hero, I do miss their pop-punk roots and catchier material. Even though 13 Voices feels like a letdown, there are some solid tracks worth sticking around for.

Overall 13 Voices really had some great potential for what could’ve been “The Comeback Album of 2016”. Although the band weren’t aiming for that, Sum 41 still have time to grow with their strong and raucous punk roots. The energy and vibrancy in their instrumentation still exist but the chemistry is lacking. However, 13 Voices has some strong contending tracks, that could easily be used in the next Superbowl highlights montage, enough to encourage listeners to get 13 Voices in their earholes.

13 Voices is out now via Hopeless Records / UNFD