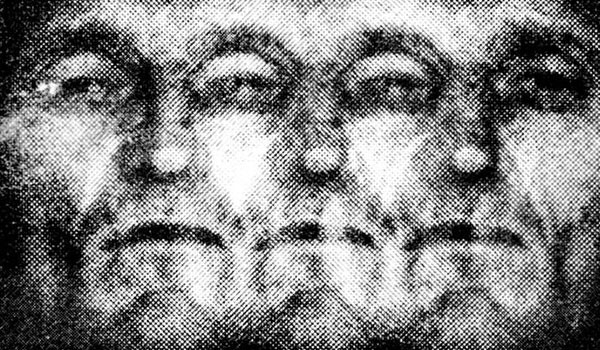 The build-up to the release of Killer Be Killed’s debut album has been so massive, that you may expect the final result can only disappoint. But it doesn’t, as a matter of fact this album actually lives up to the hype.
This metal supergroup that consists of Max Cavalera (Soulfly, ex-Sepultura), Greg Puciato (The Dillinger Escape Plan), Troy Sanders (Mastodon) and drummer Dave Elitch (ex- The Mars Volta) has delivered an album full of powerful songs. Although the band sounds crushingly heavy at times,  there are surprisingly catchy choruses in abundance, making it a rather accessible album for metal-standards. After just a few plays the chorus of opening track ‘Wings of Feather and Wax’ (also the first single) will stay in your head for days. In spite of all its heaviness the song’s chorus may even be described as radio friendly. This may be a shock for Dillinger Escape Plan fans, since Puciato’s band is mainly known for their dissonant prog sound. In Killer Be Killed Puciato is restrained and therefore more effective; he keeps his squealing and screaming to a minimum and actually delivers great melodic vocals. As heavy as this album might be, it is easily the most accessible piece of music the D.E.P.-frontman has ever released. Only in ‘Snakes of Jehova’, ‘Fire to Your Flag’ and ‘I.E.D.’ Puciato is let off the hook. Luckily Cavalera also lets loose with trademark Cavalera grooves and riffs. These songs are the heaviest of the album and the ones most likely to please regular Soulfy and D.E.P. fans.
Killer Be Killed straight away managed to find its own sound, something that takes most bands several albums. There are echoes of other bands though; the riff that starts off ‘Dust into Darkness’ is a nice reference to Black Sabbath‘s ‘Iron Man’, while Puciato sounds like Faith No More’s Mike Patton on this song. At other times we hear echoes of Fear Factory, but also of more poppy bands like Linkin Park. Cavalera, Puciato and Sanders swap vocals with eachother on each track, and the combination of Puciato’s melodic style, Sanders’ gruff vocals and Cavalera’s grunts gives the album a diverse sound. Puciato himself said it best when he described the band as “a perfect blend of a legend, a freak, a beast and a wookie”.

Although Cavalera has described the group as a “one of a kind thing”, this band does not sound like a one-off project, and it should be interesting to see if they are able to pull off a tour in spite of all their individual commitments to their own bands.

‘Killer Be Killed’ is out now on Nuclear Blast Records