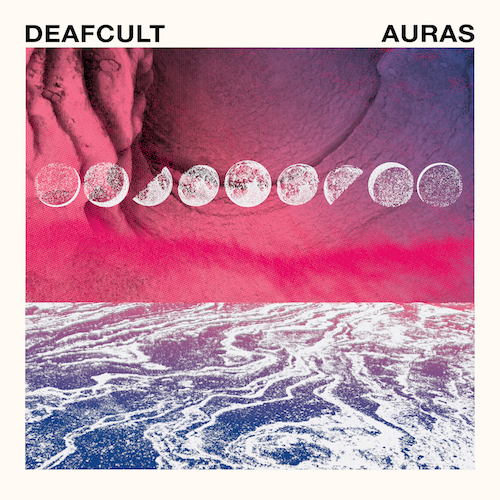 Being a huge fan of shoegaze bands like Somos and Turnover, I’ve always wanted an Australian band to do a similar sound but never had the chance to come across one. Once I heard Brisbane’s Deafcult, I instantly fell in love. Auras is the debut LP of the outfit and it’s the type of record you listen to when going for a night drive or needing to put your bad thoughts to bed. It’s brilliant in so many ways, not only from the instrumentation but the feeling it brings to people. Whether it’s just getting through a cold night or a tough moment, Auras masks the brilliance of Deafcult and the amount of energy and chemistry this band has.

Let’s talk about the first two tracks of this record – “Lemonade Beauty” and “Secret Wisdom”; there’s an intense beauty behind them. What’s noticeable is the chemistry behind the two vocalists Stevie Scott and Innez Tulloch. Creating a warm presence, the guitars and drums just blend so well together. With its layered production and the overall mint quality, the mellow ambiance is what keeps you hooked in the first place. “Stars Collide” is another beauty – the shoegazing instrumentation is hypnotising and delivers a striking edge to what Deafcult are about.

The only thing to criticise about this record is that the vocals are quite hard to understand as they are tuned out from the overpowering musicianship by the band. It’s not necessarily a bad thing because you feel the emotions and that instant connection with the song. Sometimes it’s not about the lyrics when it comes to explaining how we feel – the integral part is the sound and that’s where Deafcult executes this idea. It captures that feeling when you’re standing on top of the mountain or that satisfying moment where you take a picturesque shot with your camera.

Deafcult’s Auras is emotive and raw, embracing a clean slate and simply taking things as they come. When you listen to the songs off here, you begin to reflect and see the bigger picture of it all. It also gives the euphoric feeling where you just want to jump on a plane and leave. This one’s for the dreamers, always chasing something to feel alive.

Auras releases on June 30 through Hobbledhoy