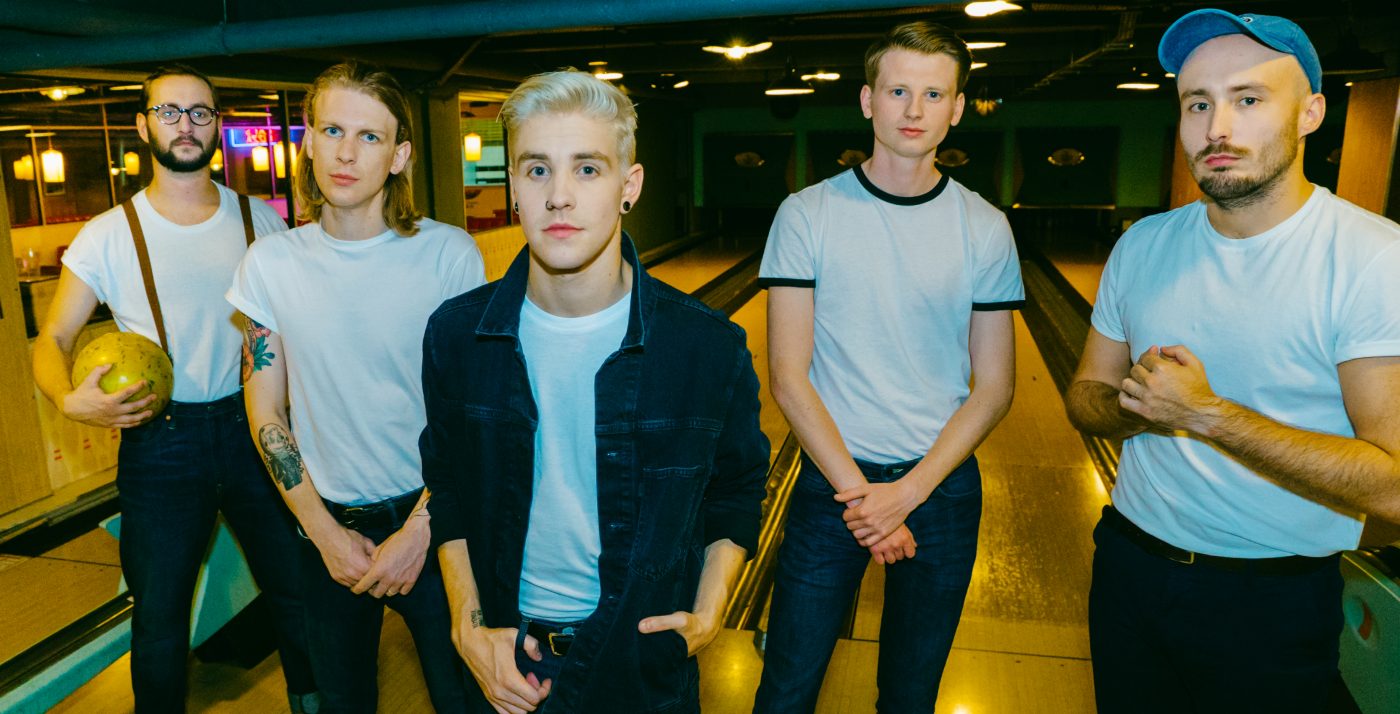 British pop-punkers As It Is have been shimmering in the spotlight for some time with their ability to string together songs that are catchy as hell but pack an emotional punch. With the release of their debut record, Never Happy, Ever After, As It Is have always brought a new dynamic to pop punk, putting their tunes to a wholesome and meaningful light.

In that, they release their second effort of their career, okay., an album that is symbolic of the hardships one faces when they’re not feeling alright. Like the emotions you get when you listen to classic tune, “The Kids Aren’t Alright” by The Offspring, As It Is step up in okay. through their honesty and realness. You feel the pain and the rough edges of life, and you begin to wonder how pop-punk has managed to entertain listeners with its “fun” demeanour, yet in reality portrays the same amount of emotional rawness as 2004’s Futures by Jimmy Eat World. Musicians who are constantly challenged write the best songs and As It Is effortlessly convey emotions most people struggle with; the feeling of anxiety and depression. There’s no easy way to pinpoint how someone can be “okay” when in reality, it’s one of the vague words you could ever use to describe how you feel. As It Is captures this confusion when you don’t belong somewhere and you feel cynical and almost ashamed for the person you’ve become. The band paints us a picture on this when you hear the dark undertone of “Okay”. The lyrics shatter the illusion of what it’s like to feel “okay” by the lyrics, “I don’t think that I’m okay.” The instrumentation flourishes in clean, melodic guitar riffs and anthemic drum beats. Booming with a large chorus, it brings you back to the reality of feeling depressed and as a listener, there’s a relief that washes over you when it comes to admitting that you’re struggling with your own demons.

Though As It is have always shown their emotional side to their music, they did experiment with this record and have put surprising elements to their music. “No Way Out” has an empowering monologue within the song, and it somehow feels fitting in their sophomore record. The tone of anger and pain is shown through in this number, as you hear lead vocalist Patty Walters say such empowering statements that give you time to reflect on the little things. In the wake of this record, okay. doesn’t have time to pause on how shitty life can be but it does bring us hope that someday, we eventually return to normalcy for the better. In this, we see As It Is not forcing the idea to be happy but to appreciate the feeling of being normal for once, and being honest with yourself.

As It Is have taken the time to carefully create a record that is well-thought out and empowering. It doesn’t shy away from the realness of the band and still fits the craving of any pop-punk fiend. okay. digs deeper to who As It Is are as people; broken, battered and bruised. It doesn’t wash away those tendencies of happiness but it assures us that we’re stronger than before. Through its lively elements and the shift of emotional undertones, okay. is a brilliant package of songs saved for a rainy day. It may not be the cure to sadness but it does emphasise the importance of having a conversation and revealing your true emotions. No lies, no bullshit, just the truth.

okay. is out now via Fearless Records