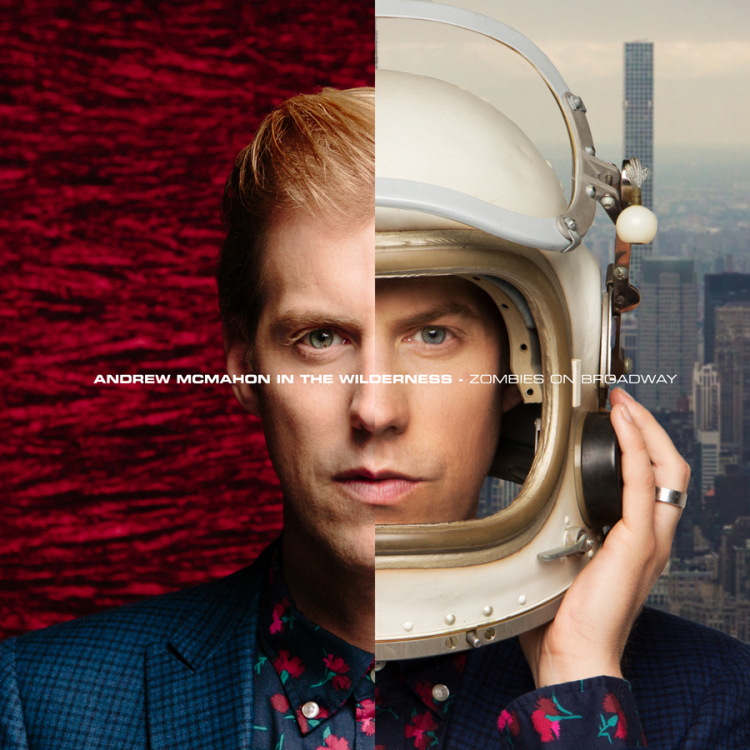 Life can be scary sometimes, and though we often take it for granted as each day passes, there’s a lot of things we should be thankful for. In those fleeting moments that take our breath away, whether it’s having an intimate conversation with someone or being a shoulder to cry on, these moments add up to something. In the end, we want to feel important and loved for the people we’ve become; we want to shed our fears and put aside our pride and know we have the potential to do something more. In essence, this is what Andrew McMahon has done with Zombies On Broadway.

With such captivating life lessons filled with bubbly indie-pop melodies, McMahon showcases parts of his vulnerable state on this album. Whether it’s through the lovely, bold choruses or the realisations of certain aspects in his life, he still remains ambitious and passionate in his musical quirks. The record itself has been polished to perfection, with squeaky-clean production and McMahon’s dazzling talents of the piano instrument. Songs like, “Don’t Speak For Me (True)” lend an encouraging message, brought on to those who feel scared at times and needing somebody to hold on to.

“So Close” has a captivating chorus, blooming with infectious indie-pop elements to the table. Raw and emotional, “Birthday Song” is nostalgic and impresses listeners with McMahon’s vitality in songwriting. Here, it reveals remnants of his early days through projects like Jack’s Mannequin and Something Corporate. Compared to his debut self-titled record, Zombies On Broadway is extremely polished, explaining McMahon’s direction of Pop with less of a contemporary feel attached. Though this is the case, the roots of what made you fall in love with McMahon’s music is still there. The passion and intensity of life all wrapped up in an album, teaching us some harsh lessons while also giving us the right tools to grow a backbone.

Zombies On Broadway speaks for itself. It’s a heartwarming entrance to McMahon’s stage in life, acknowledging that though the demons of the past may chase him sometimes, his strength will always guide him to where it matters. Yes, we’ve all been there. Struggling through life and being confused to where we’re going next. As heartbreaking as it is, we’ve all been ‘zombies’ at some stage; heartless, inconsiderate and cold. But that doesn’t mean we should shut out the things that matter to us. McMahon’s Zombies On Broadway is eloquent and marks a truth in all of us; yes, pain alters our perspectives but the fear shouldn’t take away the fire that burns in us.