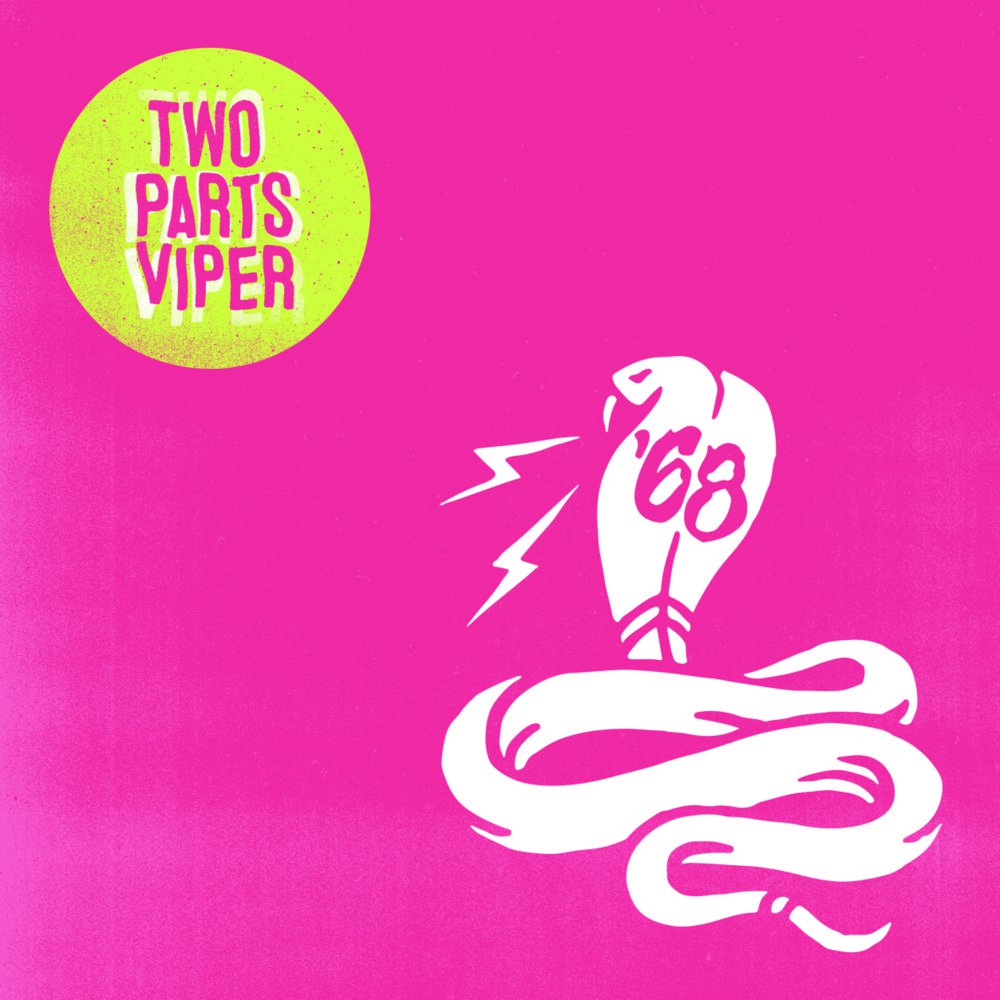 For a band only born in 2013, it’s thoroughly impressive to see ’68 do their own thing in regards to the level of music their creating.  Coming up with blistering tunes while maintaining an oddball groove, their sophomore record Two Parts Viper is filled with tunes ready to energise an intimate crowd, packing the ambition and chaos Josh Scogin and Michael McClellan seem to resonate.

In essence, you cannot box ’68 into a specific genre because there is a distinct blend of punk rock, noise and mystery in their music. From each listen, you’re bound to be surprised by the unconventional sound coming from Two Parts Viper, reminding you once again to have faith for bands like this; the kind who throw themselves into a world of experimentation, exploring a wilder side to music.

“Eventually We All Win” echoes and blasts. The instrumentation is chaotic, giving a raw and invigorating feel. Scogin’s vocals are strong, combined with roaring guitar riffs and a menacing tone brought by the drums. “No Montage” is slow-paced in all its glory. It elevates with a catchy beat, encompassing Scogin’s vocals, creating an echoing and chilling atmosphere. It feels Brand New-ish with a touch of Nirvana.

Eloquent in its lyrics, closing track “What More Can I Say” cuts and bleeds. Emotional with Scogin’s rough vocals, the track reaches new heights, making its mark with an orchestral soundscape. Hands down, it’s one of the most innovative tracks you’ll ever hear. Though some of the songs feel a little out of place, the incohesive nature of the record surprises you, leaving you curious for more. ’68’s diversity in sound is what shines through, showcasing a refreshing dynamic from the duo.

Overall, Two Parts Viper is a journey built on chaos, emotion, and magic. ’68 have made music with a tenacious attitude, giving them the opportunity to be inventive in a world that seems senseless at times.