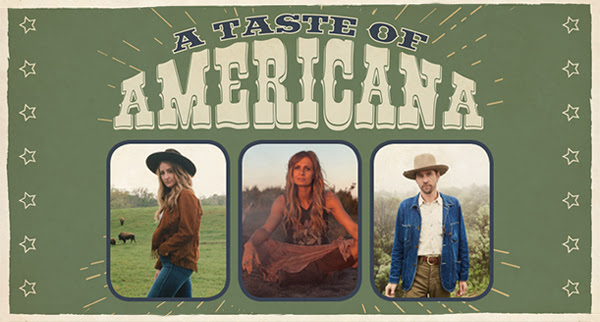 FEATURING 7 ACTS IN ONE HUGE DAY & OVER 7 HOURS OF MUSIC,  WITH SETS FROM…

It can today be announced that the first ever A Taste of Americana Festival will take place at Sydney’s iconic Enmore Theatre on Sunday 14th October.

The all-ages event will feature a stellar seven-act bill showcasing some of the exploding genre’s most talented local and international acts, and will be headlined by Nashville powerhouse Margo Price. Kicking off at 2pm, the one-day festival will offer over seven hours of intoxicating blues, roots, country and Americana; the very best the genre has to offer.

Three of Australia’s brightest stars will round out the daylong event, led by multi-ARIA and APRA Award winner and multi-platinum recording artist Kasey Chambers, who will woo audiences with songs from her latest release Campfire, plus favourites spanning her entire career. With a critically acclaimed record, Empire, under his belt, William Crighton will take time out from his global tour to join the Taste of Americana celebrations, whilst local road warriors Little Georgia will add a unique dynamic to the mix.