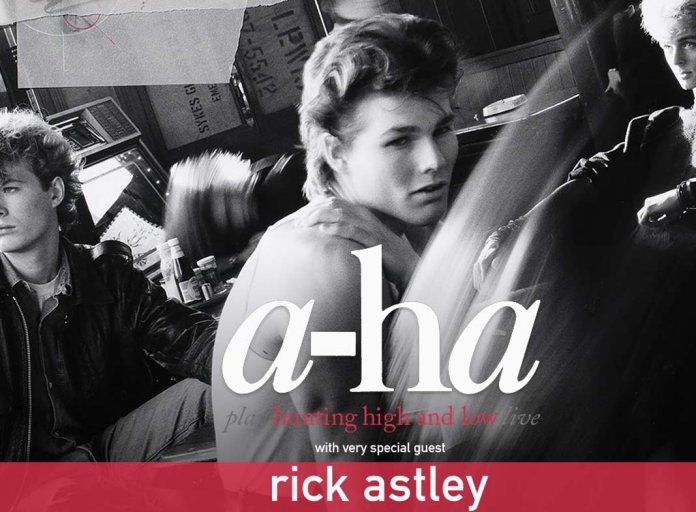 Norwegian pop icons a-ha are returning to Australia for the first time in 34 years, before heading to New Zealand for the very first time! They’ll be joined by very special guest Rick Astley at all February & March 2020 shows, taking in Sydney, Melbourne, and Christchurch, as well as a day on the green events in Australia and New Zealand.

a-ha will be performing their seminal debut album Hunting High And Low in full to celebrate its 35th anniversary as well as other favourites from across their career.