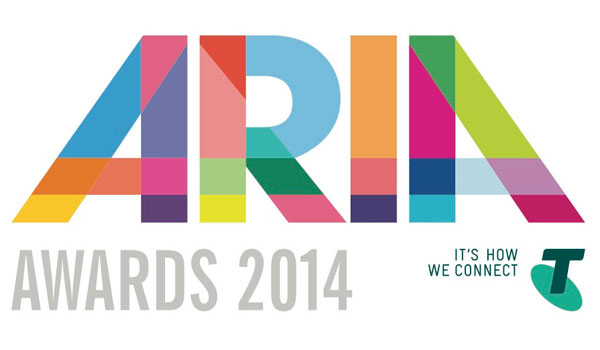 After the sold out success of last year’s event, the Australian music industry’s biggest night of celebration, the 28th Annual ARIA Awards, presented for the first time by Telstra and proudly supported by the NSW Government, through its tourism and major events agency Destination NSW, is set to make a luminous return to the Event Centre at The Star, Sydney on Wednesday, November 26, 2014. The ARIAs will be broadcast on TEN, the official broadcast partner of the 2014 ARIA Awards.

This year Australian artists including Sia, Iggy Azalea and 5 Seconds Of Summer have dominated charts around the world. Locally there have been eleven #1 Australian albums so far in 2014 with Australian artists holding the #1 spot on the ARIA Album charts for 19 out of 38 weeks.


Three Australian singles have claimed the #1 spot in 2014 on the ARIA Singles Chart and between them they have held the top spot for 13 out of 38 weeks, including Justice Crew’s hit ‘Que Sera’ which broke the ARIA chart record as the longest running Australian #1 holding the top position for nine consecutive weeks.

ARIA and the NSW Government, through Destination NSW, are pleased to announce the return of ARIA Week again in 2014, after the success of last year’s program. ARIA Week will host a broad and eclectic range of showcases, curated gigs, and conferences, including the popular ARIA Masterclass, bringing the music industry together and offering the community unprecedented access to Australian music in the lead-up to the main event. The full ARIA Week schedule will be released in the coming weeks.

As well as watching the broadcast on TEN, music fans from around Australia can join in the festivities watching their favourite artists arrive on the David Jones Red Carpet at The Star, Sydney on Wednesday, November 26.


ARIA is thrilled to welcome back Qantas as a sponsor of the event and PPCA as the sponsor of the ‘Breakthrough Artist’ ARIA Award for the fourth consecutive year, continuing their support of Australia’s emerging artists.


Australian music fans will once again have the chance to have their say in who takes home an ARIA Award, with four publicly voted awards, including ‘Song Of The Year’, ‘Best International Artist’, ‘Best Australian Live Act’ and ‘Best Video’. Voting for these categories opens on Tuesday, October 7.


The winners of the ARIA Fine Arts (Best Classical Album, Best Jazz Album, Best World Music Album and Best Original Soundtrack/Cast/Show Album) and Artisan Awards (Engineer Of The Year, Producer Of The Year and Best Cover Art) will be announced at the 2014 ARIA Nominations event on Tuesday, October 7 at the Art Gallery of NSW.