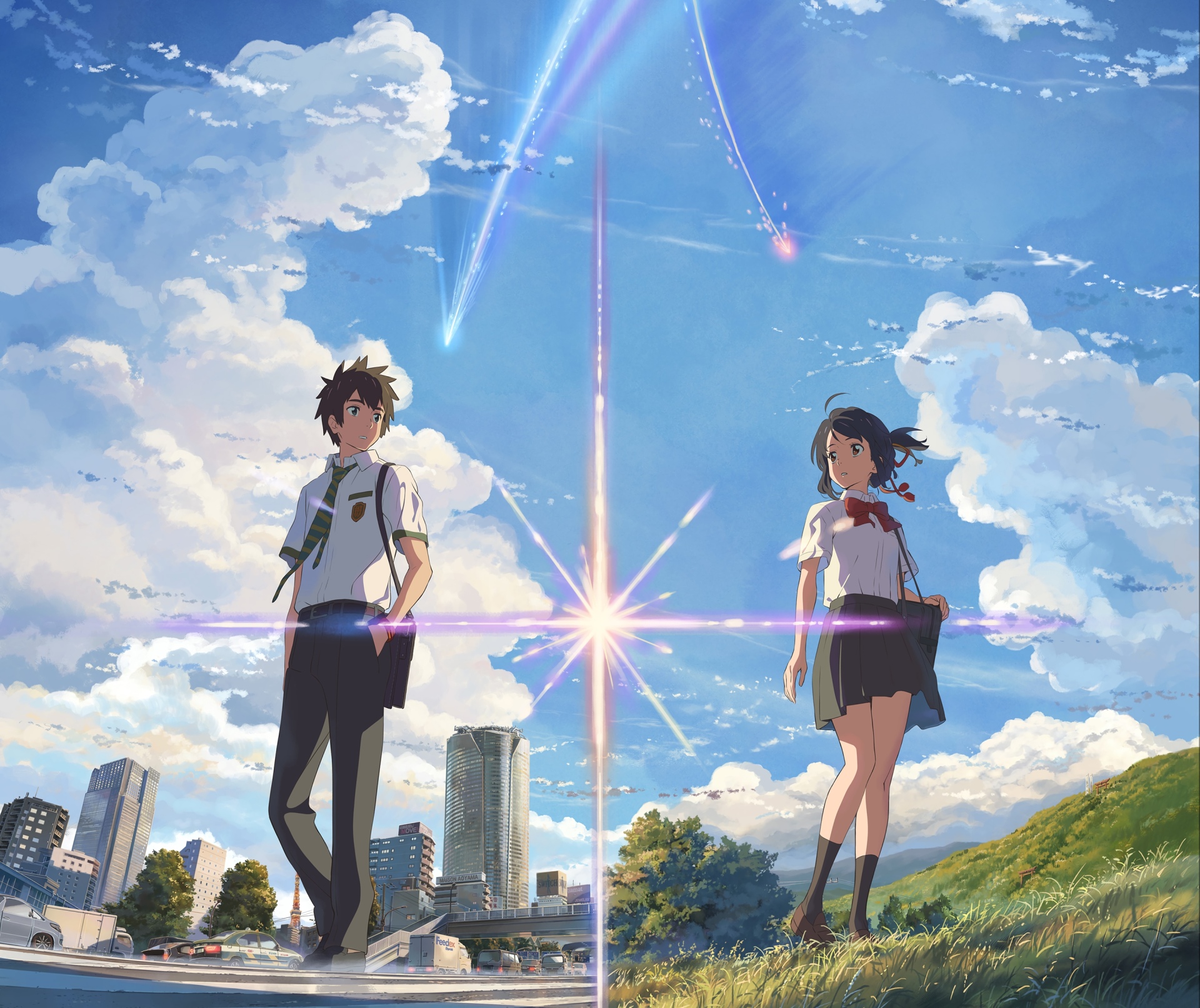 One lives in the hope of becoming a memory.


Few filmmakers let alone Japanese animators have touched upon the reality driven themes and melancholy that Makoto Shinkai has accomplished with his series of films. Your Name is the latest anime film done by this unique Japanese filmmaker who is still touted by some as the next internationally renowned Hayao Miyazaki of Studio Ghibli’s finest animated films. Whilst this sentiment is still whimsical to say the least, Shinkai’s exquisite attention to detail in his animation correlates to the gorgeous animation found in Miyazaki’s best like Spirited Away. With these two titans of anime cinema comes two very different styles and with that comes a story to boot.

Just like almost every one of Shinkai’s previous works, Your Name is about a boy and a girl and the relationship they share together. Now before you run off thinking this is another soppy, Japanese, teenage, anime, coming-of-age, lovey dovey cringefest, millions of Japanese viewers and international audiences alike will handsomely prove you wrong. Shinkai has capitalized every single of his own relationship tales in a sense of melancholic ability to relate to our own lives and this one is no different. In fact, this may be the culmination of a greatest hits album from all his past imperfect films and the lessons he’s learned from each of them. You get the themes of distance and time from 5 Centimeters Per Second, the allegories of grief and loss from Children Who Chase Lost Voices, and the tragically fleeting nature of memory in The Place Promised in Our Early Days.

Your Name takes a more supernatural plotline than any of Shinkai’s previous works. The high school girl: Mitsuha yearns for a more interesting life than the remote bareness of her countryside and wishes to become a handsome Tokyo boy in his next life. In a mystical turn of Freaky Friday magic, her spirit is transferred into the body of the Tokyo school boy: Taki, with Taki’s spirit exchanging into Mitsuha’s for one day at a time. With this newfound predicament, the two seek to coordinate their efforts into living each other’s lives by leaving behind memos and notes of the day’s doings for the other to read when he and she come back into their respective bodies the next day. What comes next is a cycle of body swapping that is an eclectic mix of theoretical physics, human tragedy, family folklore, and time travel which left a few of us in the screening audience in tears. The plot is not overly convoluted with genuine emotion in the film’s many plot twists.

Shinkai finally finds his comfort and confidence in the cinematic format. Vivid, radiantly lit landscape cinematography sweeps the screen for our characters to be immersed in with other closer shots and angles taking advantage of the camera’s free positioning that animation possesses. The composer offers a plethora of orchestral and pop incantations that capture a sense of scale of both the culture of Japan, and the fantastical, melancholic and low-key times of the characters.

Whilst a keen eye may have seen some art and shots that Shinkai borrowed straight from his previous films, the overall product is sound. Albeit, the guy still has an impulsion of incorporating Japanese pop song music videos into his film to execute pivotal chapters of drama. Some may call this lazy storytelling and for those of us in the West, where we are held at the mercy of the translated subtitles, this may be a bit detracting.

All in all, Your Name can be seen as evolutionary rather than revolutionary. Shinkai’s unique emotionally gut-wrenching storytelling is a testament to the world on how amazing the Japanese cinema of Anime can be. Satoshi Kon, Mamoru Hosoda, and Hayao Miyazaki can welcome another one to the family.

Your Name is in cinemas now!