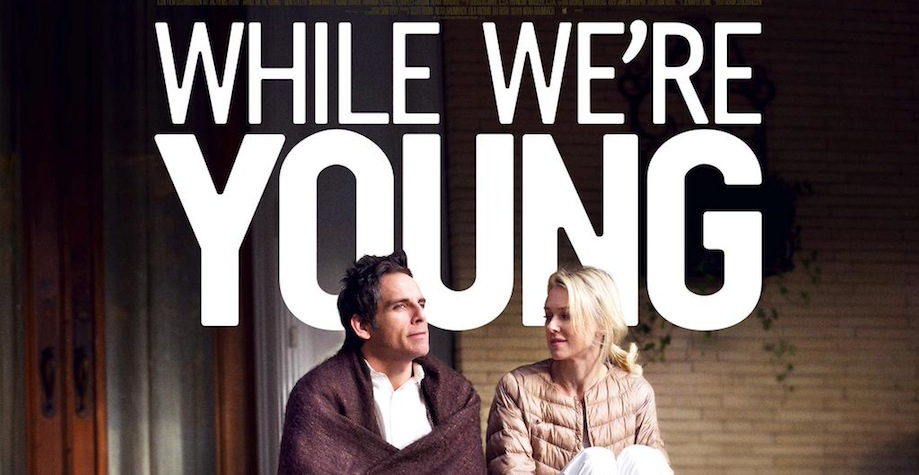 Noah Baumbach has cemented the idea that technology inhibits the act of true human interaction and with his recent work in While We’re Young, we see an honest film that takes into account many things that humans take for granted. From cell phones, to the simple instant messages on Facebook, we see a film that is eye-opening to the way technology becomes a barrier for the genuine moments we tend to miss from life. We’re all guilty of it and there’s no denying that technology is a necessity for most people; this feeling of being ‘connected’ shouldn’t be a priority because life isn’t a time-bargaining thing. For Ben Stiller to star in such a film is no surprise as he proves later on that he can work alongside his comedic antics, which is shown by example in his work from The Secret Life of Walter Mitty (2013). In this film, we see Stiller play the character of Josh, as an apathetic adult that has lost all hope. Josh struggles to find meaning in his life as he works tirelessly on a dead-end documentary. His relationship with his wife, Cornelia (Naomi Watts), has gone sour, losing all sense of passion and love.

For what seems like a blessing in disguise, he befriends a young man named Jamie (Adam Driver), who like him, is an aspiring documentary maker. They become close friends and through this, Josh is drawn on how Jamie lives his life simply and organically. Alongside Jamie and his wife, Darby (Amanda Seyfield), Cornelia and Josh spend a lot of time with the young couple and they begin to reignite their relationship. They begin to drift apart from their two close friends, Marina (Maria Dizzia) and Fletcher (Adam Horovitz), and begin to participate in activities that takes them out of their comfort zones. In time, Josh and Jamie begin to collaborate and work together on a documentary and in the process, a sinister truth is revealed that Jamie isn’t at all honest or true to his work ethic; he is in fact a manipulative sell-out. Although there’s a sense of betrayal in the plot of the film, it doesn’t take away from the fact that Baumbach has a knack for employing certain elements that make it upbeat and visually appealing to the audience. The props used in the film bring back a retro style in which ancient bookcases and traditional board games make a lively appearance. While We’re Young brings a message of hope that although adults have a taxing amount of responsibility, it doesn’t mean we should stop acting young. For Josh and Cornelia, befriending Darby and Jamie was a way for them to procrastinate on what they wanted all along and it was to have a loving family and to have a set of loyal friends. They knew all along that it wasn’t something unattainable – they just got lost in the process of living, like we all do. From seeing his work in The Squid and the Whale (2005), What makes Baumbach so admirable as a filmmaker is the way he handles the truth in the most eloquent way possible. While We’re Young makes us appreciate the process of ageing; it is a film about love, friendship and the realisation that specific events shape our lives for various reasons. There is no harsher teacher than experience and for Baumbach to translate that into a film is by far impressive.

While We’re Young is out now!