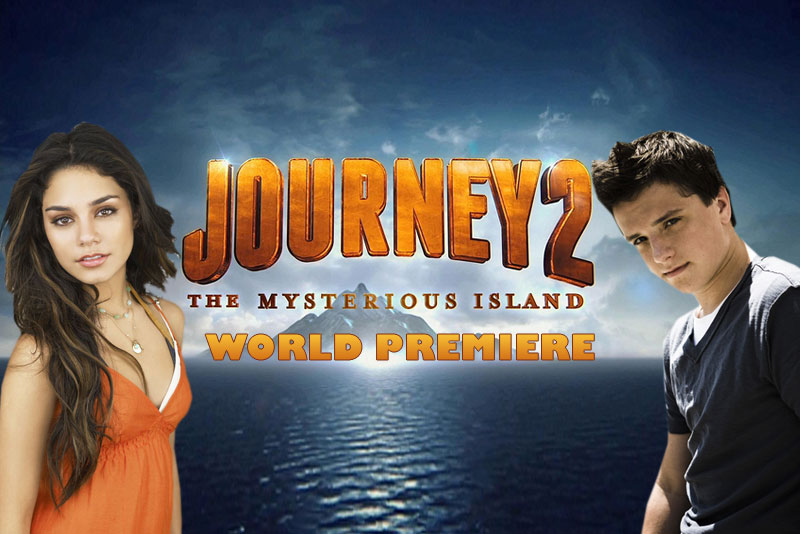 Vanessa Hudgens and Josh Hutcherson hosted the world premiere of  “Journey 2: The Mysterious Island” at the at the Jam Factory Cinema in Melbourne, Australia on Sunday January 15, 2012.

Tons of excited fans arrived early to the red carpet in order to get close to the stars, and they did not let them down, because Hudgens and Hutcherson happily posed for photos and signed autographs for all their loyal supporters at the venue.

About the film
The follow-up to the 2008 hit. The new journey begins when young adventurer Sean (Josh Hutcherson) receives a coded distress signal from a mysterious island where no island should exist–a place of strange life forms, mountains of gold, deadly volcanoes, and more than one astonishing secret. Unable to stop him from going, Sean’s new stepfather (Dwayne Johnson) joins the quest. Together with a helicopter pilot (Luis Guzman) and his beautiful, strong-willed daughter (Vanessa Hudgens), they set out to find the island, rescue its lone inhabitant and escape before seismic shockwaves force the island under the sea and bury its treasures forever.

The tour will continue next Tuesday January 17 in Sydney, and we will be there ‘On The Spot’ covering all the arrivals and interviewing the two stars of the venue…Stay tuned!

Images via. The Hollywood Treatment…Thanks!