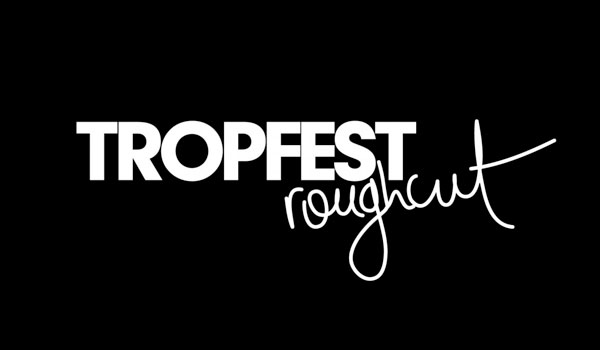 From actors and comedians to producers and directors, the lineup of speakers for this full day event will explore a wide range of topics, all to do with creativity in the film and television industry.

Prolific director, Alex Proyas, best known for films such as I, Robot (2004), The Crow (1994) and Dark City (1998) will be Keynote Speaker at the event, talking about his incredible career with event MC Marc Fenell. Proyas is currently working on the highly anticipated Gods of Egypt starring Geoffrey Rush, Gerard Butler and Game of Thrones heart throb Nikolaj Coster-Waldau.

Rouhgcut attendees will also be privileged with the incredible opportunity to engage directly with representatives of Facebook AU, who will be conducting a session on social media marketing and how this continually expanding social media platform can help filmmakers reach audiences on a larger scale.

Now in its fourth year, Tropfest Roughcut will include a mixture of invaluable networking sessions, informative panel discussions and conversations with industry greats. The tickets to the full day-event are a mere $30 and are expected to sell out quickly.

Roughcut is proudly supported by Screen NSW and Nikon Australia.

Entries for this year’s Tropfest officially open on August 13 and will close on October 2, 2014. Films must be no longer than seven minutes and must include this year’s Tropfest Signature Item (TSI): “MIRROR”. The Trop Jr TSI this year is “FLY”. It is completely up to entrants as to how they interpret and include the TSI in their film and filmmakers are encouraged to be as creative or as literal as they like.

This year’s festival is expected to be Tropfest’s biggest yet with scores of filmmakers around the country competing for the chance to be one of the 16 finalists whose short films will premiere live to a national audience of around 150,000, as well as broadcast free-to-air on SBS 2 to an even bigger home audience.

A panel of industry and celebrity judges will select a winner live on the Festival Night, with the First Prize-winning filmmaker to take home an incredible prize pack including: a brand new Toyota, $10,000 cash, a trip to Los Angeles for a week of meetings with film executives thanks to Motion Picture Association and the Australian Screen Association plus a Nikon D800 + $2,000 RRP worth of lenses and accessories.

Tropfest had humble beginnings at the Tropicana Café in Sydney’s Darlinghurst where an eager crowd of 200 showed up to watch a short film screening which John Polson had organised. Twenty two years on, Tropfest attracts a live audience of around 150,000 in Australia and the Festival has grown internationally with standalone competitions in New Zealand, South East Asia, New York and the Middle East.

Tickets are just $30 for the full day event

Tickets are available at: http://tropfest.com/au/roughcut/