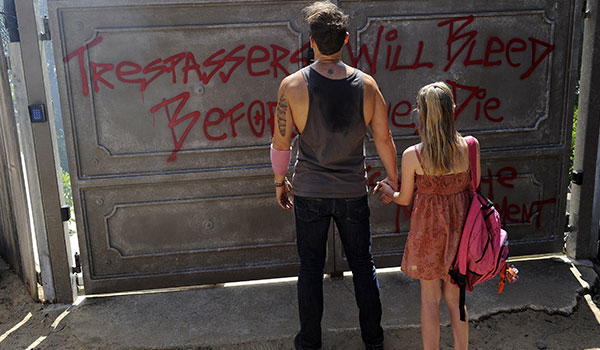 The film asks the hard hitting question “What would you do on the last day on Earth?”

THESE FINAL HOURS tells the story of a self-obsessed young man (Nathan Phillips) as he makes his way to the party-to-end-all-parties on the last day on Earth and stars an ensemble of rising Australian acting talent. Zak Hilditch, who wrote and directed the project, is one of Australia’s foremost up and coming talents. His short film Transmission which was made as a companion piece for THESE FINAL HOURS was nominated for Best Film at the 2013 AACTA Awards and won Best Screenplay.

THESE FINAL HOURS was developed through Screen Australia’s Springboard program and with the assistance of ScreenWest.

It’s the last day on Earth, twelve hours before a cataclysmic event will end life as we know it. A troubled young man named James makes his way across a lawless and chaotic city to the party to end all parties. However, along the way he ends up saving the life of a little girl named Rose, desperately searching for her father. Stuck with the unexpected burden of responsibility, James is forced to come to terms with what really matters in life and helps Rose find her father which ultimately leads him on a path to redemption.

THESE FINAL HOURS opens in Australian cinemas on 12th June 2014