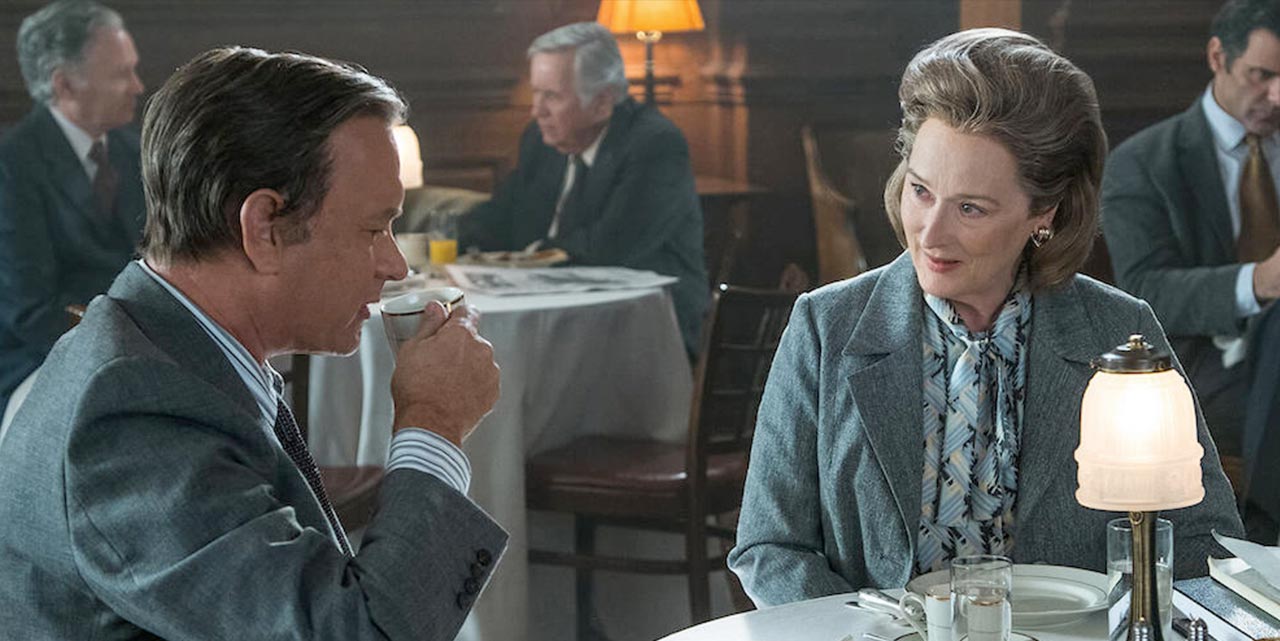 Steven Spielberg’s Oscar Nominated thriller, The Post, is released today (11th April) for digital download ahead of its DVD and Blu-ray release on the 25th April.

Starring, incredibly, for the first time together Meryl Streep (Katherine Graham) and Tom Hanks (Ben Bradlee), it tells the story of The Washington Post’ crucial investigation into the US Government’s involvement in the Vietnam War and the Nixon administration – an investigation that would eventually lead to the resignation of a President.

It’s an aptly relevant story in many ways and is a welcome reminder of the responsibility of the news industry to objectively report stories that are important, neigh imperative, for the ‘governed and not the governors’, as Graham once said.

Given the current climate of ‘Fake news’, with the rampant persecution of the American media and freedom of speech by sitting President, Donald Trump, the parallels to the current climate are a startling, and simultaneously tragic, warning that if we don’t learn from history, we are destined to repeat it.

The Post also explores the power struggle of Graham who became the first female publisher of a major American newspaper, and guardian of her family’s legacy. She must overcome her own beliefs of a woman’s role in society and those of her male board members challenging her ability to lead, and become a role model for changing perceptions.

Ultimately Graham, played exquisitely by Streep, rises to the occasion not only taking on the government, but also the patriarchal views of a society she would change forever.