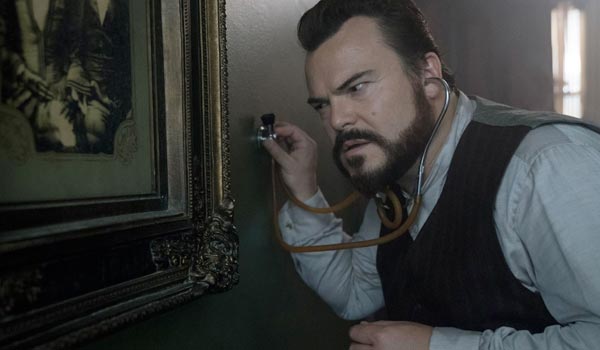 Entertainment One has released the first teaser trailer for ‘The House with a Clock in Its Walls.’

About the film
Jack Black and two-time Academy Award® winner Cate Blanchett star in THE HOUSE WITH A CLOCK IN ITS WALLS. This magical adventure tells the tale of 10-year-old Lewis (Owen Vaccaro), who is sent to live with his uncle in a creaky old house with a mysterious tick-tocking heart. But his new town’s sleepy façade jolts to life with a secret world of warlocks and witches when Lewis accidentally awakens the dead.