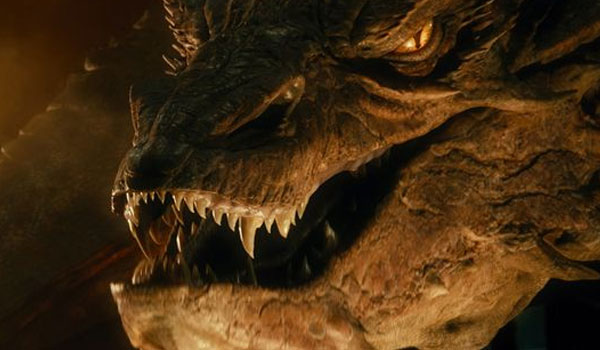 “The Hobbit: The Desolation of Smaug,” has launched straight to the top of the Australian Box Office with an outstanding opening day figure of $5,465,000.  A production of New Line Cinema and Metro-Goldwyn-Mayer Pictures (MGM), “The Hobbit: The Desolation of Smaug,” is the second film in Oscar®-winning filmmaker Peter Jackson’s epic “The Hobbit” Trilogy, based on the timeless novel by J.R.R. Tolkien and is the second biggest Boxing Day opening of all time.

The first film in the Trilogy, “The Hobbit: An Unexpected Journey,” became the biggest Australian Boxing Day release in motion picture history, taking $5.925m on its opening day. The film went on to gross $42.987m in Australia and a billion dollars worldwide.

Shot in 3D 48 frames-per-second, “The Hobbit: The Desolation of Smaug,” was released in Australian cinemas on 629 screens including High Frame Rate 3D (HFR 3D) in select cinemas, other 2D and 3D formats, and IMAX®.

Roadshow Films Managing Director Joel Pearlman said that for a huge number of Australians, “The Hobbit” films have become appointment viewing on Boxing Day. “The Hobbit: The Desolation of Smaug,” continues Peter Jackson’s brilliant interpretation of these wonderful books, and the second film in the Trilogy will unquestionably be one of the major box office draws of the summer holidays.”

The screenplay for “The Hobbit: The Desolation of Smaug,”is by Fran Walsh & Philippa Boyens & Peter Jackson & Guillermo del Toro based on the novel by J.R.R. Tolkien.  Jackson also produced the film, together with Carolynne Cunningham, Zane Weiner and Fran Walsh.  The executive producers are Alan Horn, Toby Emmerich, Ken Kamins and Carolyn Blackwood, with Philippa Boyens and Eileen Moran serving as co-producers.

New Line Cinema and Metro-Goldwyn-Mayer Pictures Present a WingNut Films Production, “The Hobbit: The Desolation of Smaug,”  The film is a production of New Line Cinema and Metro-Goldwyn-Mayer Pictures (MGM), with New Line managing production.  Warner Bros. Pictures is handling worldwide theatrical distribution, with select international territories as well as all international television distribution being handled by MGM.