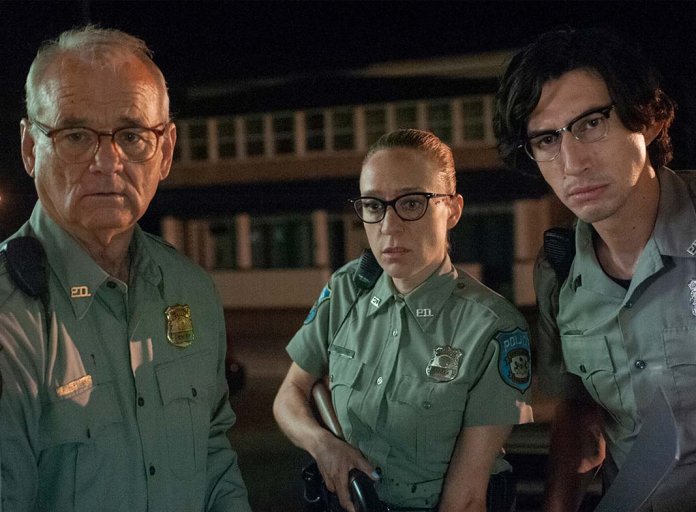 Jim Jarmusch is a legendary independent director with a very specific style and whenever a new film of his is announced, cinephiles everywhere feel a little tickle in their brainstem. When The Dead Don’t Die was announced – a zombie comedy with a very funny trailer and an insane cast – we couldn’t slam that booking button hard enough.

Cliff (Bill Murray) and Ron (Adam Driver) are police officers in the country town of Centerville. The film starts with the pair investigating local hermit Bob (Tom Waits) for his alleged theft of a chicken from farmer Frank (Steve Buscemi) and notice that the sun is staying up far too long. We learn from news broadcasts that polar fracking has knocked the earth’s rotation for a loop, and when corpses start rising from graves, the fun begins. Although less fun than you’d expect, given the cast, director and premise. 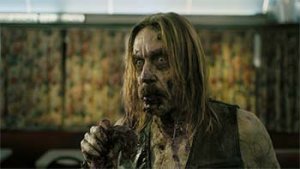 The film is swimming in Jarmusch’s utterly deadpan humour, but also in subplots that go absolutely nowhere. There is much to enjoy primarily due to the cast and Jarmusch’s gift for understatement – Tilda Swinton’s eccentric undertaker is a highlight – and the film is never a chore, but it’s also an elaborate shaggy dog story that feels a little like a joke at the audience’s expense. One gets the sense that everyone Jarmusch knew wanted to be involved and the story was improvised to accommodate them. The characters literally discuss the fact that they’re in a movie. There’s also a didactic strand of commentary, highly expository, that is unusual for Jarmusch and strikes a real bum note. The characters’ catatonic non-reactions may be part of the social commentary, and are sometimes quite funny, but don’t make for terribly exciting viewing.

This film lurches and shambles forward without any real direction (get it?). It’s hard to recommend it to a conventional audience – in fact, I definitely don’t – but if you’re feeling like something different there are many little pleasures to be had. Jarmusch has effectively created the first hangout horror film, where the plot and the deaths don’t matter too much and you can just enjoy the overall vibe. If you were expecting broad yuks, there aren’t really many here. Still, you get to see an undead Iggy Pop – well, more undead than usual, anyway.