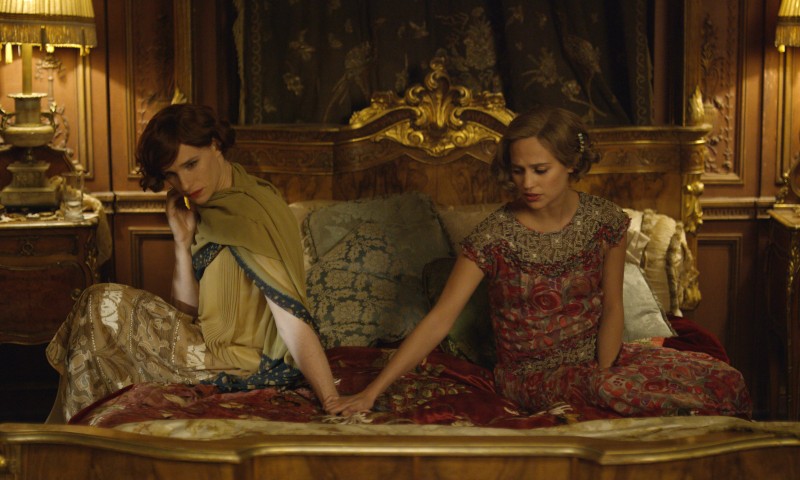 It’s been two weeks since its Australian release and although this film has received some mixed responses by people, The Danish Girl is really a work of art. It’s interesting how trans movies are received by people of a mainstream audience. Some may find it a sensitive topic and others are open to it but one thing that makes it outstanding is its ability to capture such a deep and moving atmosphere unlike any other film made.

Directed by Tom Hooper, the biographical drama film (also based on the 2000 fictional novel) is loosely inspired by the lives of Danish painters, Lili Ebe (born as Einer Wegner) (Eddie Redmayne) and Gerda Wegener (Alicia Vikander). The story follows the Danish painters who seem to be doing well for themselves; hopelessly in love and very talented in their artworks. With Gerda struggling to find a place to sell her artwork, she uses Einer as her female stand-in model and overtime, he becomes the main subject to her paintings. Secretly, Einer finds himself very conflicted with his male self and eventually comes to terms with his identity as a female, naming himself Lili. Throughout the film, Gerda struggles with this transition and finds it hard to accept this change, which then puts a toll to their marriage.

Vikander and Redmayne were brilliant in their roles, capturing honest and captivating characters until the very end. Hooper delivered a film with an honest and kind voice, portraying a relationship that had great sentiment despite the circumstances that unfolded. When watching this film, you can appreciate all the things it explores – things that not many people will understand. Most assume that gender is an aspect to ourselves which is identifiable but the grey areas of it haven’t been addressed so much. It’s not an easy seeing the person you love transition to a different gender, but when love is unconditional, you will find ways to challenge the obstacles ahead of you. Nonetheless, there was something unique that the film offered to the mainstream audience, bringing together a courageous and thoughtful cinematic experience.

The Danish Girl is a beautiful film which will take your breath away. As poignant as it is, it helps people understand the struggles of gender identity and how it affects your loved ones. When you find someone who genuinely cares about your happiness, that indeed is what you can call true love.

The Danish Girl is now showing in Australian Cinemas