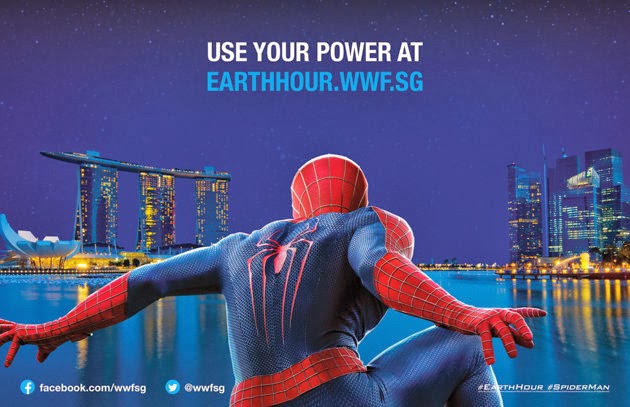 Check the highlights from WWF’s Earth Hour event in Singapore where Spider-Man, the first super hero ambassador for Earth Hour, along with Andrew Garfield, Emma Stone and Jamie Foxx, switched off the lights across the famous Marina Bay skyline on Saturday March 29.

We’ve always known that Spider-Man’s most important battle has been within himself: the struggle between the ordinary obligations of Peter Parker and the extraordinary responsibilities of Spider-Man. But in The Amazing Spider-Man 2: Rise Of Electro, Peter Parker finds that a greater conflict lies ahead.