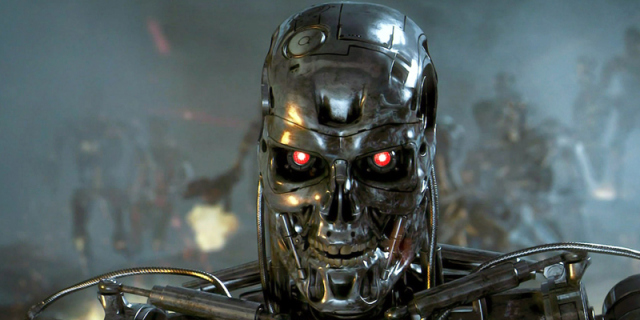 Paramount Pictures and Skydance Productions announced today that ‘Doctor Who’ star Matt Smith will join the cast of the upcoming ‘TERMINATOR’ reboot.

Smith will play a new character with a strong connection to John Connor – although he probably won’t get to sleep with John’s mom like Reece did in the first film. Starring alongside Smith will be Arnold Schwarzenegger, Jason Clarke, Emilia Clarke, Jai Courtney, J.K. Simmons, Dayo Okeniyi and Byung Hun Lee.

Smith is best remembered for his for his reincarnation of the Doctor in the British classic ‘Doctor Who’, during the 2011-2103 seasons. His other television credits include ‘Christopher and His Kind’, ‘Moses Jones’, and ‘The Street’.  He can be seen next on the big screen in ‘Lost River’ directed by Ryan Gosling, alongside Christina Hendricks, Saoirse Ronan and Eva Mendes.

We’re still waiting to see if the famous ‘I’ll be back!’ catchphrase will be featured in the new film.